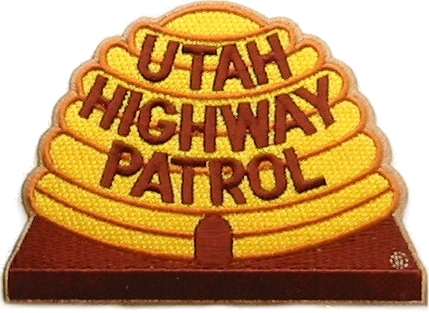 The following was submitted by Joe.

Utah – A police officer can pull over a motorist for a traffic violation even if the officer himself caused the driver to commit the infraction, a federal judge ruled last Tuesday. US District Judge Ted Stewart made the decision in the case of Hickory W. McCoy, who was pulled over on January 24, 2012 while traveling just under the speed limit in the left lane of Interstate 80 in Utah.

Highway Patrol Trooper Randy Riches was running a speed trap on the side of the road, about 150 feet from where the speed limit drops from 75 MPH to 65 MPH. Just before noon, McCoy’s rented 2011 Chevrolet Malibu passed by at a legal 73 MPH. Riches pulled onto the highway and began racing after the Malibu at 88 MPH, hoping to catch it speeding. Instead, as he followed for a mile and a half, the Malibu was driving a legal 62 MPH in the left lane. Another vehicle was passing in the right lane at the time.

Trooper Riches pulled over the Malibu on the grounds that it was blocking traffic in the left lane. Under Utah law, it is unlawful to dawdle in the fast lane, blocking faster traffic, unless “avoiding actual or potential traffic” in the right-hand lane. McCoy’s attorney, Randall Gaither, said the trooper was the one driving dangerously.

“The Highway Patrol officer drove at an excessive speed of over 88 miles per hour with no lights or siren down the Interstate in the right lane of travel pursuing the vehicle without any observation of a traffic offense,” Gaither told the court. “The vehicle was driven in an aggressive manner without any emergency exception. The position and manner of driving by the patrol unit would have reasonably affected the drivers on the roadway. The trooper began following the vehicle and restricted the movement of the vehicle into the right lane… The only clear traffic violation is the excessive speed of the patrol vehicle driving and passing cars in the right lane.”

In court, Trooper Riches asserted the Malibu had room to get into the right lane, even though the patrol car was approaching 25 MPH faster than the rest of traffic on the road.

“Even accepting as true defendant’s assertion that, due to the actions of Trooper Riches no violation of [the left-lane statute] occurred, the outcome is unchanged because the court finds that Trooper Riches’s assessment of the facts giving rise to the violation was reasonable,” Judge Stewart concluded. “In sum, the court finds that the totality of the circumstances support a finding that, at the inception of the instant traffic stop, Trooper Riches had a reasonable articulable suspicion that defendant committed a traffic violation under the laws of the state of Utah. For this reason, the court will deny defendant’s motion to suppress.”