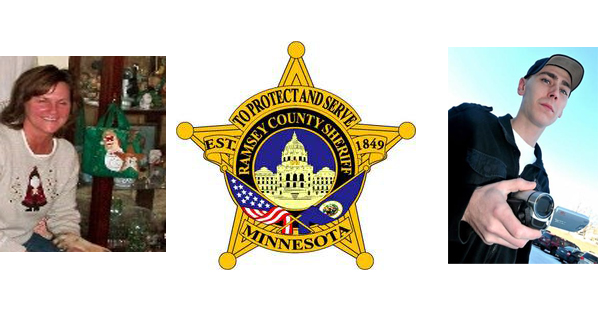 On October 30th, 2012, Drew Henderson’s video camera was stolen from him by Jacqueline (Jackie) Muellner, an employee of the Ramsey County Sheriffs Office. Rather than admit fault, Muellner and her cronies levied threat of a cage or ransom on Henderson (due to claims he “obstructed” and acted “disorderly).

Just who was the aggressor in this exchange between Henderson and Muellner?

TwinCities.com did a story about the incident and quoted one of Muellner’s comrades, Randy Gustafson, the “spokesman” for the Ramsey County (MN)-based crime syndicate, “It is not our policy to take video cameras. It is everybody’s right to (record) … What happens out in public happens out in public.”

Yet the story unthinkingly parroted an exception that Gustafson carved-out, “One exception might be when a law enforcement officer decides that the recording is needed for evidence, he said. In that case, the officer would generally send the file to investigators and return the camera on the spot.”

Really? People wearing badges have stolen my camera from me three times and my phone once. It’s always been a huge hassle, and one of the main reasons I think this tactic is employed by individuals who want to censor their misdeeds. If the tools used by those of us advocating for transparency are taken, as happened to Henderson, where does that leave us?

Ramsey County residents: Are you happy to pay for this “service” detailed by Henderson?

Let Jacqueline Muellner, who stole Henderson’s camera, and her colleagues, who are continuing to levy threats against him with time in a cage or a ransom, under the pretense of, “obstruction of legal process” and “disorderly conduct.”

Some thoughts I had while watching this video: