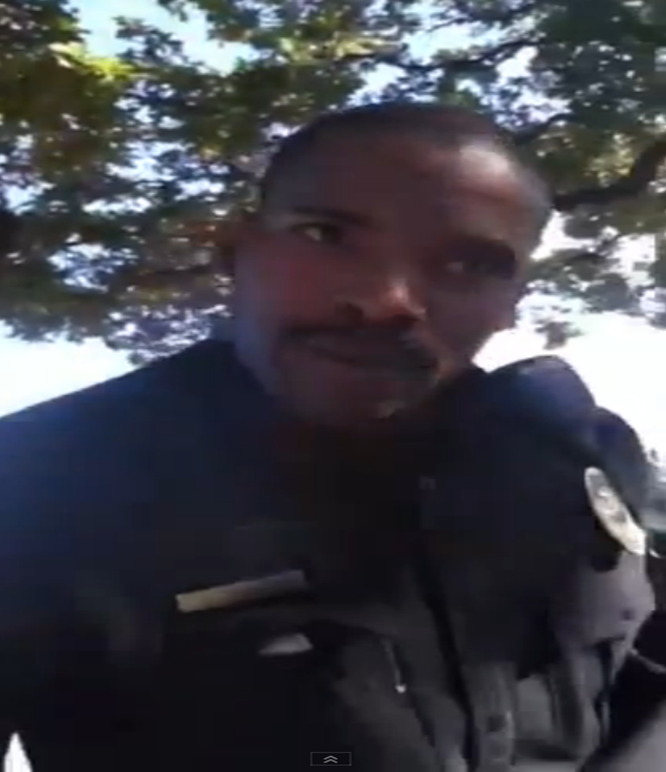 In an effort to follow-up to some of the open posts that we see here on Copblock, I’ve been actively monitoring the post from November “Texas Cop Takes Pride in Kneeing Teen in Head on Video” (See here).

That post had quite the lively discussion, 46 responses overall.

As of January 3, 2013, Hurst police officer Disraeli Arnold has been fired after being recorded on video threatening a teen and using profane language. Arnold was recorded in November running to assist an officer subduing a teenager and ultimately kneeing the teen in the back of the head while yelling and threatening him.

I find that the City of Hurst and the Police Department acted in good conscience with the termination of Officer Arnold. Had this situation not been recorded, I seriously doubt that any corrective action by the Hurst PD would have taken place. This only substantiates the need by the general public to hold LEO’s accountable by recording their interactions, and by observing and reporting on those who we allow to protect and serve with tangible evidence.

The termination of Officer Arnold has created quite the stir in the LEO community. Over at Policeone.com, the “#1 Resource for Cops” online, there has been a lively discussion on how this is a travesty of justice, and reflects a lack of leadership within the Hurst PD. (See Policeone discussion here).

It was educational to visit this site, to actually ascertain the perspective of LEO’s in an open an forthright environment. What I found was quite enlightening. We often discuss it on this site how LEO’s seem to believe they are above the law and somehow better than the average citizen. This is absolutely supported by the collective outlook presented on Policeone. Several comments stood out:

Regarding the supposed lack of respect for authority:
“Someone should yank a knot in his and his momma’s ass.”

“So Arnold threatend [sic] two thugs and swore at them. Big deal. Give him some minor discipline and send him to those silly verbal Judo classes. Arnold never put his hands on the piece of shit after he was in handcuffs. That shows me he was in more control than some of you are giving him credit for. ”

“Liberals, liberals all over the place. A reprimand, may be, but fire him? …The sack of crap resisted arrest and Granma [sic]and her attorney think that is ok the Officer lost his job for profane language only; that is ridiculous. Dirt bags insults us worst than that and who can we complaint to? No one at all, we still got to do our jobs. I wonder who Grandma is going to call when the dirt bag gets stupid, like the mud ball doesn’t use profanity!”

“ONCE THE CUFFS ARE ON & THE FIGHTS OVER, END OF INCIDENT. You wanna get a few more shots in, then leave the cuffs off a little longer!…at no point did Arnold become physical with Rodriguez after he was in custody.”

This demonstrates the collective LEO belief that the citizenry is chattel to be controlled, not respected. That LEO’s, who take an oath to protect and serve believe those they “serve” to be “thugs,” “pieces of shit,” “sacks of crap”, “dirtbags”, and “aspiring criminals”  truly is disconcerting.

LEO’s serve at the pleasure of the people. Therefore their deeds, words, and actions are subject to public review and associated consequences. There has to be more accountability. The outcry and reaction by the public at large to this incident shows that when we the people are educated and informed of the actions of those we employ to protect and serve, we expect more. We will dismiss those who don’t meet the standard we expect.

I acknowledge that the job of an LEO is not easy. As with members of the military, I respect those that openly choose to work at the pleasure of the people. Within that regard, those that protect and serve must do so within the expectations and limitations applied by the people. This means that you, as an LEO, by a job you chose, must be openly accountable, and expect scrutiny when your actions are called into question.

If you have an issue with such, then I suggest a different line of occupation.