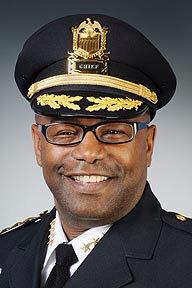 What do you do when you shoot a man being evicted from his home for owing back rent?

Well, when you’re the Rochester, NY Police department, you immediately go into damage control mode, spin, twist, and change your story in order to justify using deadly force against a man holding a bottle of bleach.

In other words, you LIE.

That’s exactly what Rochester, NY Police Chief James Sheppard and his thugs with badges down at the Public Safety building did, after Rochester, NY Police officers Antonio Gonzalez and James Ott shot Timothy Powell, a former homeless man being evicted from his downtown Rochester apartment.

The Volunteers of America, a social services organization which supposedly offers transitional help to individuals who were formerly homeless, called Rochester Police and asked that they accompany court marshal Joseph Polizzi, to serve an eviction warrant on Powell.

Once there, police say that Powell, who has no criminal history, except a citation for having an open alcohol container, for which he paid a $25 fine, allowed officers to enter his apartment and according to police, cooperated.

The next thing that happened was a call for an officer involved shooting made by at least one of the officers there, Antonio Gonzalez and James Ott.

Both officers had opened fire on Powell.

Standing across the street from the scene of the shooting, Rochester, NY Police department public information officer, Sgt. Justin Collins, told media that officers shot Powell and that Powell was armed with a bottle of bleach which he allegedly used to throw bleach at officers.

Then, hours later, Sgt. Collins contacted media to tell them that Powell was also armed with a knife.

The story had now changed.

You have two officers who shot a man being evicted from his apartment for owing back rent.

A man who allegedly threw bleach at officers.

Officers then open fire on this man.

It’s not surprising that Rochester, NY Police Chief James Sheppard, after looking at the situation and realizing his officers screwed up, knew he had to do something in order to justify shooting a man holding a bottle of bleach.

And Timothy Powell, a man down on his luck, who has no criminal record, is now laying in a hospital bed, under 24 hour police guard, in custody, charged with felony assault on police officers.

And if you for one second doubt that the Rochester, NY Police department and Chief Sheppard are lying in order to protect their trigger-happy officers, think about this.

He is trained to communicate with the press.

NO ONE in the Rochester, NY Police department moves without Chief Shepard’s permission.

He does NOT brief the media without first being given permission by Chief Sheppard.

So, with that being said, when Collins opened his mouth to address the media, he knew the facts that led up to the shooting.

NOTHING about any knife.

I mean what do you think would be more important for a police spokesperson to emphasize?

That a suspect came at officers with a bottle of bleach?

Or that a suspect attempted to attack officers with a knife?

I’m thinking the knife would be the one Collins would have wanted to mention, if it had really happened.

Which is why he NEVER mentioned ANYTHING about a knife.

And why he ONLY spoke about bleach.

If Timothy Powell really had a knife, and attacked Rochester Police officers with it, he wouldn’t be in the hospital recovering from a gunshot wound to his hip.

If Timothy Powell really had a knife, and if he had attacked Rochester Police officers with it, his family would be planning a funeral.

No African-American or Latino man, or woman, who has ever brandished a knife at a trigger-happy Rochester, NY Police officer has ever lived to tell about it, much less shot in the hip.

They have been executed right on the spot.

Lying to protect his gang members.