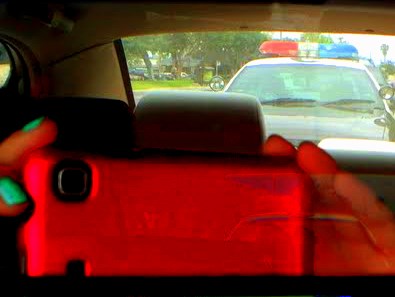 Police shoot people’s dogs All. The. Fucking. Time. If those 4 links were not sufficient evidence of their penchant for killing dogs, see more here and here. The last link there is particularly fun, involving a situation wherein police raided the wrong house, shot the family dog, and handcuffed the children next to their dead dog. Super compassionate, and not to mention classy. Over and over, these dog-killing police are cleared of wrongdoing or found to have been justified in their actions. On the other hand, the same standards do not seem to apply to them. If you so much as resist against their violent and horrifying K-9s, your ass is going to jail.

Forget the dogs, how about our fellow human beings? As long as cops accompany all kinds of murder with 5 magic words – “I feared for my life” – they’re pretty much home free. They are free to murder people running in the other direction; unarmed people laying down on the ground; hobbling, half-deaf elderly people; people lawfully carrying weapons; etc.

Not so long ago, 16 New York City police officers were arraigned in connection with over 1,600 counts of ticket fixing,  wherein these cops made traffic tickets magically disappear for their friends and family. The hallowed police were apparently incensed that they (supreme beings, obviously) were being  forced to abide by the very laws they swore to uphold, and a whole horde of them protested violently at the courthouse.

Every time any innocent person suffers at the hands of police abuse, or every time a pet dies, the police and their goddamn supporters respond with the following (or some variant thereof) –

Thus, you can imagine that I wasn’t very sympathetic when these fuckers got a taste of their own medicine in more than one instance of blatant “injustice” recently.

An Indiana police officer and his wife are facing jail time for rescuing an orphaned deer. The deer was badly injured, and out of the goodness of their hearts, the Councellers nursed back to health. However, an Indiana Conservation Officer stopped by their home to advise them the deer should be euthanized. Further, Jeff Counceller, a police officer in Connersville, and his wife, were charged with unlawful possession of a deer. This charge is a misdemeanor which could result in 60 days in jail time and cost up to $2,000 in fines (more here).

Now, let’s repeat to the good Officer Counceller what he must have said to every innocent victim he has ever ticketed and/or jailed for stupid shit –

Make no mistake – this would be no laughing matter if it had happened to a mere peon, or my fellow man, and I certainly do not support criminalization of helping local wildlife. However, this should give police and their supporters pause for thought with regard to their habit of violent enforcement, which usually falls disproportionately on everyone else, rather than themselves.

So the DEA agent, a guy who dedicates his life to ruining the lives of harmless potheads (and other partiers, or drug addicts who need help), suffers at the hands of law enforcement himself. He is violently attacked, and the victim of framing and lies. Not so fun when it happens to you, is it? It’s probably too much to hope that these the law enforcement individuals involved here will learn a lesson and feel sympathy for the people they terrorize daily.

So I’ll just laugh instead.