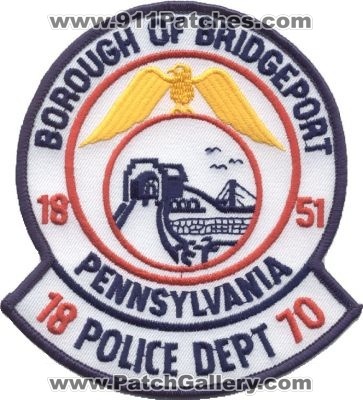 The Borough of Bridgeport has been going through several changes of staff over the past few months.

Most recently, police Officer John Cane has been demoted from sergeant.
When the borough council was faced with the question of why, an answer was not given.

“It is a personnel issue that we are not going to discuss,” Borough Solicitor Salvatore Bello said.

In addition, three officers, who were not named by council, were suspended in October, and two new parttime patrolmen, Nick Laffredo and Robert Fulmer, were appointed.

Bridgeport, PA is a small borough in Montgomery county, PA and only has a few folks wearing badges for them. Nothing seems to ever happen there since it is not even 2 miles wide. The lack of transparency here and the demotion of a Sgt. back to patrolman would lead a reasonable person to believe that some unethical and, more than likely, criminal activity has taken place on the tax payer dime.

If you or me got caught our names may very well be published all over the local newspaper, but, as per usual, when coppers get caught, everyone remains mum. I wonder if a FOIA would be worth it?

Call them and demand answers and transparency for the hard working tax payers!