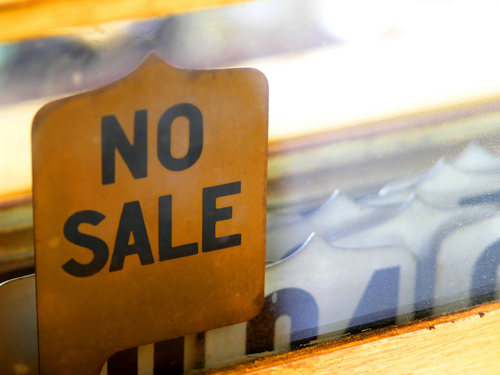 A number of gun companies have taken some major steps to show that they do not support, and will not tolerate, the double-standard practiced by individuals labeling themselves law enforcement in regards to firearms.

Tim Brown shared the following at FreedomOutpost.com on February 16, 2013.

In a turning of the tables, liberty minded gun makers and companies that supply firearms, accessories and ammunition have determined that they have had it with anti-gun governments at the city, state and Federal levels, even if it means lost revenue. Several companies have announced that they will no longer be supplying equipment to hostile governments, police forces or first responders. New York and California have become the prime targets, making an example of out-of-touch politicians who continue to trample upon the Constitutionally protected rights of their citizens to keep and bear arms.

Breitbart compiled a list of statements from several of these companies:

Effective today, in an effort to see that no legal mistakes are made by LaRue Tactical and/or its employees, we will apply all current State and Local Laws (as applied to civilians) to state and local law enforcement / government agencies. In other words, LaRue Tactical will limit all sales to what law-abiding citizens residing in their districts can purchase or possess.

The Federal Government and several states have enacted gun control laws that restrict the public from owning and possessing certain types of firearms. Law-enforcement agencies are typically exempt from these restrictions. EFI, LLC does not recognize law-enforcement exemptions to local, state, and federal gun control laws. If a product that we manufacture is not legal for a private citizen to own in a jurisdiction, we will not sell that product to a law-enforcement agency in that jurisdiction.

We will not sell arms to agents of the state of New York that hold themselves to be “more equal” than their citizens.

As long as the legislators of New York think they have the power to limit the rights of their citizens, in defiance of the Constitution, we at Templar will not sell them firearms to enforce their edicts.

Based on the recent legislation in New York, we are prohibited from selling rifles and receivers to residents of New York. We have chosen to extend that prohibition to all governmental agencies associated with or located within New York. As a result we have halted sales of rifles, short barreled rifles, short barreled shotguns, machine guns, and silencers to New York governmental agencies.

Recently, companies such as LaRue Tactical and Olympic Arms have announced that they will no longer sell prohibited items to government agencies and personnel in states that deny the right to own those items to civilians. It has been and will continue to be Cheaper Than Dirt’s policy to not to sell prohibited items to government agencies and/or agents in states, counties, cities, and municipalities that have enacted restrictive gun control laws against their citizens. We support and encourage other companies that share in this policy.

The recent surge in companies refusing to do business with lawless governments hostile to citizens’ rights may have been partly inspired by Ronnie Barrett, owner and CEO of Barrett Firearms Manufacturing. His company, which produces among the most popular .50-caliber weapons in the world, refused to sell the firearms to officials or agencies in California after lawmakers there some years ago banned civilian ownership of the high-caliber guns.

“It’s hard to believe we live in such a dark time that someone has actually banned a single shot rifle. But as you will see, this is the cleverest of all gun bans, and the end goal is civilian disarmament, the confiscation of your tools of liberty, your rifles,” the respected CEO wrote in a piece at the time explaining his company’s boycott. “Barrett cannot legally sell any of its products to lawbreakers. Therefore, since California’s passing of AB50, the state is not in compliance with the US Constitution’s 2nd and 14th Amendments, and we will not sell nor service any of our products to any government agency of the State of California.”

Gun rights activists celebrated the decisions of the four companies to stand up for the rights of Americans. Analysts expect more firms to stand up soon, noting that otherwise, gun owners may choose to purchase from other manufacturers in the future. […] Activists say it is time for all gun makers to join the effort or potentially face a boycott themselves.

You are an individual. As an individual, you ought to be free to act without the threat of coercion so long as you do not initiate force against other individuals or their property. No other person is justified in coercing you to act in a certain manner, just as you are not justified in coercing another to act in a certain manner. Your decision to own firearms, and what type of firearms to own, is yours and yours alone.

It seems that public officials need a reminder that the authority they are attempting to exercise is not legitimate. Withdrawing consent would be a good reminder.

While the big three manufacturers of firearms that sell to the New York Police Department, Glock, Smith & Wesson, and Sig Sauer have not come on board, Freedom Outpost, as well as, Guns Save Lives encourage them to do so. […]

Take time to contact gun manufacturers and voice your support for them to stop selling to governments (City, County, State, or Federal) hostile to the Second Amendment rights of citizens.

54
SHARES
FacebookTwitterGoogleRedditTumblr
DiggLinkedinStumbleuponMailPrint
You Can Support Cop Block by shoppping on Amazon using the banner below:
BANNERS ARE CLICKABLE