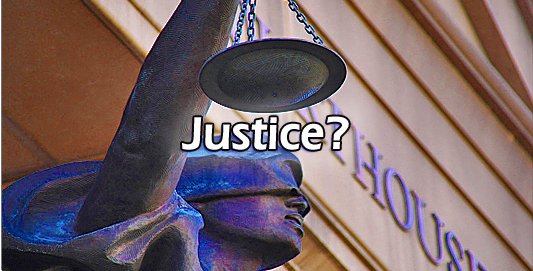 Stanley L. Gibson was killed by Jesus Arevalo, an employee of the Las Vegas Metropolitan Police Department. Thus far Arevalo has yet to be held accountable.

In the first post below, “WILL THERE EVER BE JUSTICE?”, Gibson’s widow Rondha shares some of the personal impact due to Arevalo’s aggressive actions and the failure of “the system” to apply “the law” to one of their own.

In the second post below, “Justice for Stanley Gibson or Just an End-Around Coroner’s Inquest Reforms?”, Kelly Patterson gives more details about Arevalo’s actions and the legal land maneuvers used thus far to protect him.

Kudos to Gibson and Patterson for making this injustice transparent. Only when the aggressors are called-out and personally held-accountable, and institutions based on coercion are deligitimzied, will the wanton double-standards cease.

Las Vegas Metropolitan Police Department: (702) 828-3231
[Calling Arevalo’s employer is good, but if you have his contact info please do share – after all, he acted, he’s responsible.]

WILL THERE EVER BE JUSTICE?

Can there ever really be justice? I never thought I would question this

Who I hadn’t seen in many years. This is how I met Stanley L. Gibson

And that basically was the day we started our life together

For the next 12 years it was just Stan-N-Rondha

Two orphans against the world, but we had love

We shared a love that no-one could ever understand This power LVMPD has to kill without consequence needs to end

Too much blood has been spilt due to their actions

Too much innocent blood has been shed

Stand beside me and let our voices be heard

The actions of LVMPD & Jesus Arevalo

by Kelly Patterson, via NVCopBlock.org

Within the last few days, it’s been reported that Clark County District Attorney Steve Wolfson is close to reaching a decision regarding the murder of Stanley L. Gibson by a member of the Las Vegas Metropolitan Police Department. Additionally, reports have stated that Wolfson is “99% sure” that he will seek an indictment against Jesus Arevalo, the officer that fired 7 shots from an AR-15 into the Gibson’s back as he sat unarmed and clearly visible inside his car, which had been pinned and immobilized by several police vehicles. While there has been no official statement regarding what exactly this imminent decision might be or what charges may be sought, informed sources have indicated that within the next sixty days Wolfson will make up his mind whether the case will be put before a grand jury for a possible indictment against Arevalo.

At first glance, putting things in the hands of a grand jury would seem to be a step forward, in that it at least presents a possibility of Ofc. Arevalo being held accountable for his actions that day. Las Vegas police have a long and storied history of avoiding any sort of consequences for their heavy-handed tactics, no matter how blatant and deadly they have been. Steve Wolfson himself hasn’t exactly risen to the occasion when given the opportunity to make Las Vegas area law enforcement pay for their misdeeds.

A large part of the blame for this lack of accountability can be attributed to the long standing practice of determining whether police shootings were justified through the quasi-judicial Coroner’s Inquest process. Badly weighted in favor of exonerating the police rather than investigating the circumstances involved, the Coroner’s Inquests functioned more as a dog and pony show to construct a cover story than a fact finding  effort. As such, it should come as no surprise that only one single police killing was ever found to be unjustified (the DA still declined to prosecute the cops involved). The sheer odds of that being true over the course of 40+ years, including 378 shootings since 1990 alone, attest to the imbalance inherent in such a system.

Accelerating rates of officer involved shootings, many resulting in killings, along with outrage generated by the subsequent questionable exoneration of the police, led to demands to amend the Coroner’s Inquest. An overhaul of the Coroner’s Inquest was approved by county commissioners, including provisions to have victims represented by independent council in order to make the process more fair. However, this revised system of investigating shootings has never been implemented, due to the union representing Las Vegas area police (who not coincidentally believe Arevalo did nothing wrong) has advised them not to participate in Coroner’s Inquest proceedings because of their “adversarial nature.”

However, many of the original flaws within the Coroner’s Inquest system continue to exist and in some cases are even worse when grand juries are used to determine whether police and other officials should be prosecuted for questionable actions. Like the Coroner’s inquest, grand jury proceedings are conducted exclusively by the District Attorney’s office, who works closely with, and is often dependent on the cooperation of, police officers in order to secure convictions in cases they bring to trial. It is entirely up to them what evidence will be presented, who is called to testify, and how those witnesses  are questioned. In the past, prosecutors have often displayed a tendency to construct their cases in such a way so as to paint police in a favorable light. This conflict of interest was one of the most cited issues with the Coroner’s Inquest.

Even worse is the secrecy of grand juries. Nevada conducts their grand jury proceedings under what amounts to a full gag order. Nobody involved in a grand jury may  publicly disclose any of the evidence presented to the jury, information obtained by the jury, events or statements occurring in front of the jury, or even the results of an investigation by the grand jury. The lone exception to this is individual witnesses, who are limited to discussing their own personal testimony. Breaking these restrictions is a criminal act.

What this effectively means is that the DA’s office and the courts have complete control over what information goes before the jury and what is disclosed to the public afterwards. As lopsided as the Coroner’s inquest was, at least it was a public spectacle that was available to be scrutinized by the community at large. No such transparency exists with grand juries. Basically, a prosecutor can call only sympathetic or unconvincing witnesses and do a half-hearted  effort while questioning them to ensure the jury doesn’t find enough evidence to support a criminal charge and then hold their failure to issue an indictment up as  proof that a shooting was justified. Nobody outside of the grand jury room would be able to refute this assertion since everything took place behind closed doors and none of them are allowed to speak about what they saw.

Fact is, using a grand jury to determine whether police shootings should be prosecuted violates pretty much every aspect of the proposed reforms (from the Nevada ACLU) for the Coroner’s Inquest:

Historically, indictments of police through the grand jury have been hard to come by. In general, bringing cases before the grand jury are the exception rather than the rule and there’s a reason for that. As stated by the attorney for the family of a man murdered by police in White Plains, NY after the grand jury decided not to indict the cops:

Nor is the idea that grand juries might be used as a smoke screen to protect rather than punish police a new concept. Just a few months ago Albuquerque, NM. suspended the use of grand juries to investigate police shootings after criticism of their use and the fact that (like Vegas) not one single shooting has ever been ruled unjustified:

For more than two decades, police officials have countered criticism of dozens of officer-involved shootings in Albuquerque and Bernalillo County by noting that every case is reviewed by a grand jury…

No one involved in the process can recall a single “unjustified” finding since the process was put in place in the late 1980s in response to criticism of police shootings at the time — even in a case in which the officer was fired and the city paid big bucks to settle a civil lawsuit.

“It looks to me like a device that’s designed to give police a pass on shootings,” said Ray Twohig, a longtime civil rights attorney. “The public should have no confidence whatsoever in this process — there’s no independent investigation … The goal is: ‘Let’s not indict any cops…’ ”

“They are basically operating above the law,” she said. “Officers in APD know about this process; they know they will be exonerated. This contributes to more and more police shootings, because there is this culture of no accountability.”

District Attorney Wolfson himself hasn’t exactly inspired a lot of faith that he will do the right thing in cases of police abuse. In “DA statements” that have taken the place of the Coroner’s Inquest since they were put on hold, Wolfson has determined that cops shouldn’t be punished for kicking a restrained man suffering from diabetic shock in the head first because it “wouldn’t be in the community’s best interest” and later because Henderson cops are trained to kick people in the head while arresting them.

That there is enough evidence to support charges shouldn’t be in doubt being that there is a video of the shooting clearly showing that Stanley Gibson didn’t represent an imminent threat and statements by sources within LVMPD have confirmed that Jesus Arevalo knew about the plan to force Gibson from the car without using deadly force. If there was a video of anyone else unnecessarily shooting an unarmed person, that person would be sitting in jail awaiting a trial, not sitting at home on paid vacation like Jesus Arevalo is right now.

To ensure that there isn’t even the appearance of any sort of official favoritism being extended to police officers (or other government employees) Wolfson needs to do the right thing by charging Arevalo directly and placing this case in the hands of a trial jury, rather than gambling on a grand jury issuing an indictment first. A gamble that members of this community aren’t so sure he is willing to go “all in” on. Furthermore, any charges brought should include charge of murder, since that’s what truly happened that day.