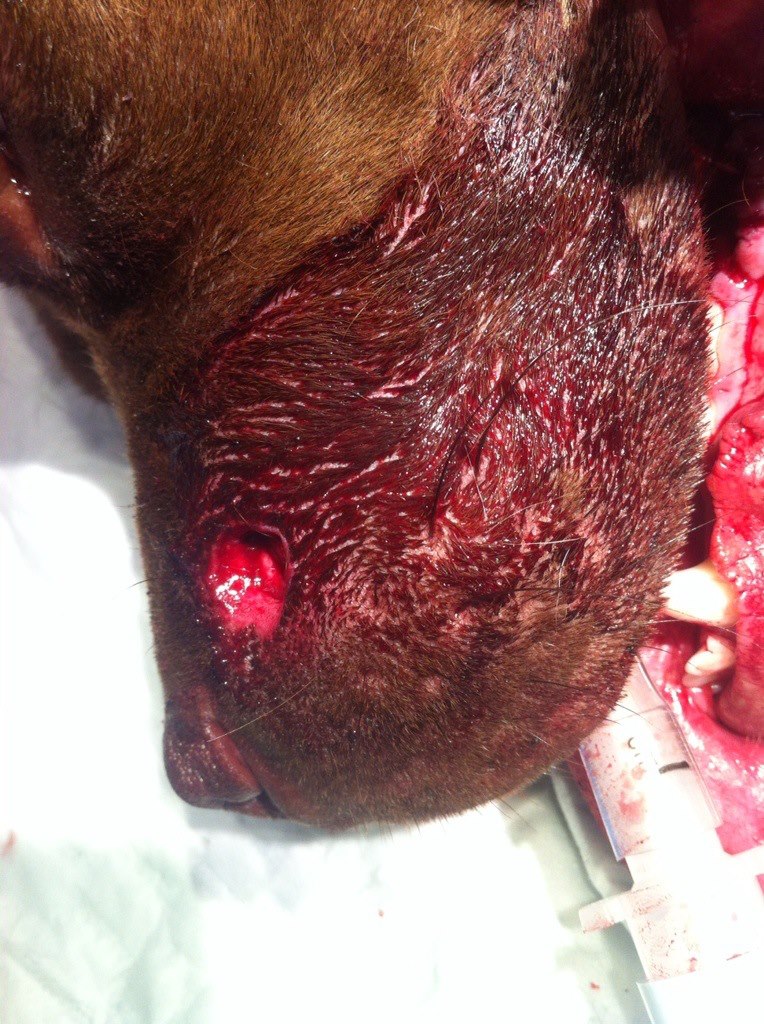 Teddy Padilla remembers his wife Ada calling him, but it’s what she told him which still seems surreal.

“They police shot Choco!”, Ada told her husband, who raced home to find Rochester, NY Police officers in front of his 97 Bleacker St. home, on Rochester’s east side.

“I pull up to my home and I get out and the first thing I ask the officers is what’s going on, and the officer tells me we had to shoot your dog” Teddy Padilla, his grey long sleeve shirt showing smears of his Choco’s blood.

“I said what do you mean you shot my dog, and the officer, very nonchalant says ‘yep, we had to shoot your dog’, I couldn’t believe it.”

Here’s what is known.

Around 6:00 p.m., Ada Padilla was in her home when she heard Choco, a pit bull terrier, barking.

Ada then looked out of an upstairs window and saw a Rochester Police cruiser in front of the house.

“Then Choco ran inside the house crying and bleeding from his mouth, there was blood everywhere, and he ran inside his crate, scared.”

The Padillas rushed Choco to the Emergency Veterinary Clinic on White Spruce Blvd., where Choco underwent emergency surgery, which will cost the family between $950.00 and $1,200.00.

There are people who own dogs who should not own dogs.

I’m sure the RPD officers thought that Choco was just another pit bull in the city.

Choco is not just a dog.

He is a member of the Padilla family.

At the clinic, the Padillas were besides themselves, completely distraught.

Later, back at their home, I met with the Padillas, and I learned something very interesting.

Something which was yet more proof of just how responsible the Padillas are as pet owners.

Teddy Padilla told me that he had installed a 6 foot high fence on his property.

Then, the City of Rochester made him take it down, telling him that the fence could not be more than 3 feet tall.

Somehow, Choco got out of his yard Thursday evening.

Then, ironically, the officer who stayed in the patrol car, is the one who gets out and shoots an innocent family dog.

Not the primary officer who mistook an energetic dog, for a supposedly ‘aggressive’ one.

And just like that, another trigger-happy RPD officer shoots an innocent family dog.

The Rochester, NY Police department is out of control!..