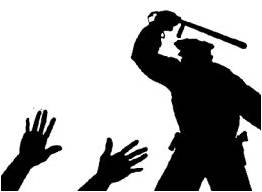 March 15th 2013, concerned citizens took to the streets to speak out against police brutality, and Seattle Cop Block was there.

Here is some video of me speaking out to the city of Seattle during the march.

Congress shall make no law respecting an establishment of religion, or prohibiting the free exercise thereof; or abridging the freedom of speech, or of the press; or the right of the people peaceably to assemble, and to petition the Government for a redress of grievances.

These individuals peacefully assembled, and recorded their public interactions.

Jenny A. Durkan, U.S. Attorney for the Western District of Washington – “This investigation and its findings provide a clear path forward.   Ongoing efforts by the city and department to address these findings will not only ensure that obligations under the Constitution are met, but will improve public confidence in the department and enhance its ability to serve the people of Seattle.”

Based on a randomized, stratified and statistically valid sample of SPD’s use of force reports from Jan. 1, 2009, to April 4, 2011, factual findings include:

The Justice Department also found that a number of long-standing and entrenched deficiencies have caused or contributed to these patterns or practices of unlawful or troubling conduct, including the following:

Contact Seattle Mayor Michael McGinn and Chief of Police John Diaz to ensure reform is being implemented within the Seattle Police Department.