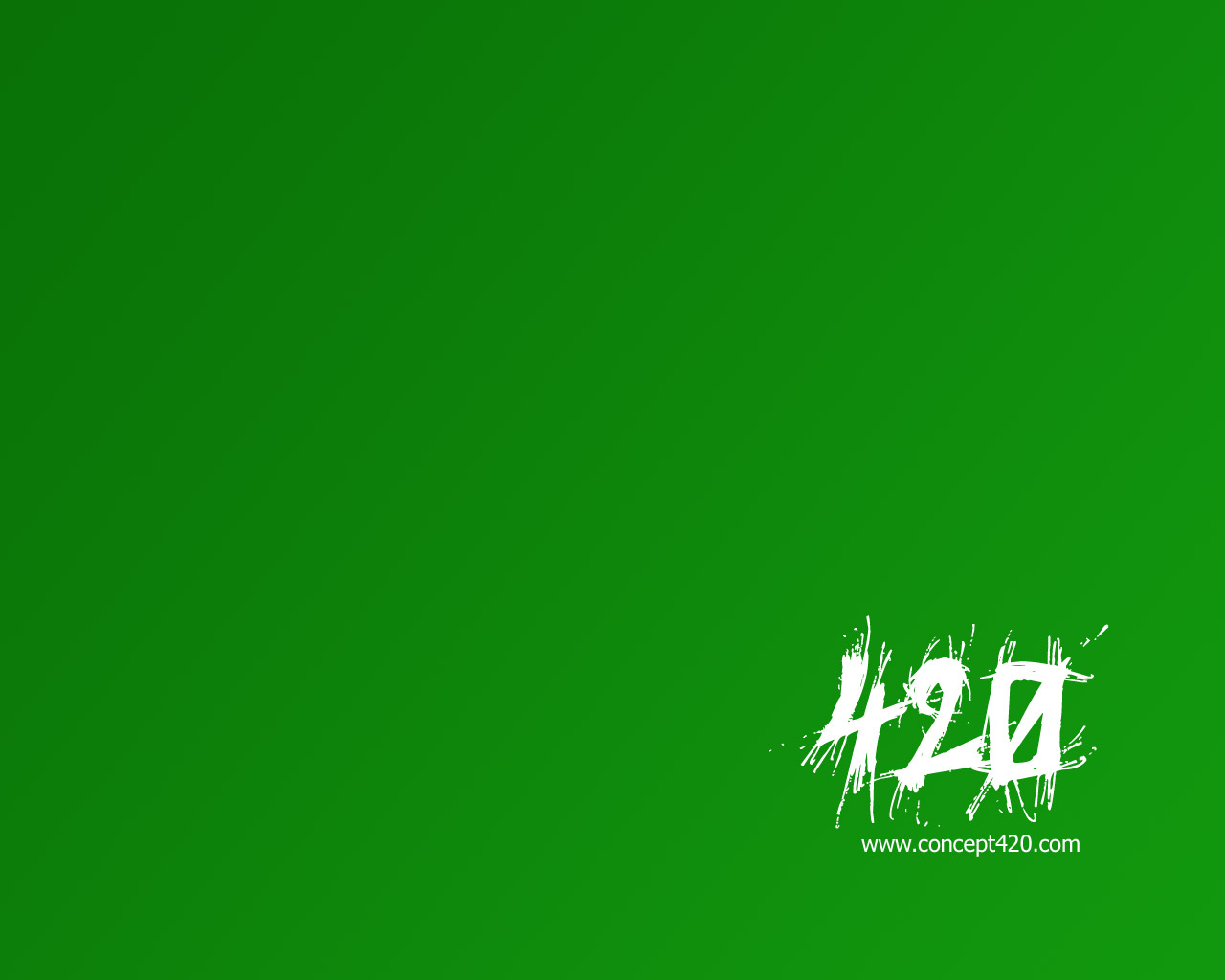 The following post was written by the victim’s sister, Tanya DeCant, who worked up the courage to write about a police officer who wrongly took her brothers life.

Well, I know what most people equate to the term “420”, and my little brother, Donny, was no different. He had a core group of loyal friends who liked to get together and “party” yet really caused no trouble. They may have stayed up a bit late and made a little bit of noise now and then, but basically just kids (Donny was 19) who were trying to figure out what to do with their lives.

Well, one of Donny’s friends was about to become a dad. He knew when the baby was coming as a c-section had been scheduled. So, on April 19th he wanted to have a diaper party. This is like a shower, but for the guys. Donny was apprehensive about having the party at his house as he was just starting to look at his future and maybe try to get his shit together, and maybe cut back on the partying a bit. However, Donny’s house, which he shared with our father, was the perfect place as it was where they had congregated so many times before. He reluctantly agreed.

Now, my dad had a drinking habit. He still got up and went to work everyday, but after work he would usually drink until he passed out. He felt comfortable with Donny’s friends and had no objection to the diaper party. He drank a lot that night and went to his room and fell asleep – he was out cold.

Meanwhile, as more people were arriving, a guest came upon a gun in the drawer of an old cash register they had at the house. My dad collected guns and they were all over the house. Donny noticed this and immediately took the gun to avoid any problems, and placed it in his pants. He had pretty much forgotten about it as the night winded down and he was chilling in his bedroom with three other people upstairs.

Downstairs there were maybe 10 people still hanging out. So, when the police showed up at about 1:00 a.m. to answer a call about loud noise any of those people can tell you that the an officer walked right in the back door uninvited. At this point there are conflicting stories.

The police account: The police say they spoke to Donny just inside the backdoor in the kitchen where they asked him for I.D. Donny stated he didn’t have any and he would go upstairs to get it at which point they told him not to, but he ran away upstairs. One officer, Taylor, pursued him up the stairs with his gun drawn. Donny had retreated behind his closed bedroom door. Officer Taylor kicked in the door to see Donny pointing a gun at him, so he was forced to shoot. He hit him once in the chest.

The three people in the bedroom had this account in their separately obtained statements: Donny never was downstairs. In hearing people downstairs saying the police were there, Donny walked down the hallway to the top of the stairs where he heard there were in fact police in the house. Remembering the gun in his pants he immediately returned to his room to stash it. He was intoxicated and stoned. He was moving slowly. He went to the side wall where his bed was in the corner and bent down with his back to the bedroom door. He lifted the mattress with one hand and took the gun out of his pants to place it under the mattress when the bedroom door was kicked in. It was a very loud noise which caused Donny to turn and look over his shoulder when he was instantly shot in his heart with a hollow-point bullet.

The other people in the room were in complete shock. They were taken down with the other guests and all were taken to the police department to give statements. My dad was yanked out of bed and dragged downstairs where he was placed on the couch in the living room. He was very confused and groggy and kept asking “What the hell happened?” He was ignored. At that point they brought Donny’s body down on a cart and wheeled him past my dad who asked “Is he dead?” They didn’t respond.

My dad was also taken to the police department where he was asked questions and unable to go to the hospital. Donny was pronounced dead pretty soon after his arrival. A friend of mine who is a nurse, not involved with this case, explained that they have to try everything to revive someone before they are pronounced dead, so he probably was dead very soon after being shot. The police held the ambulance up as they had the road blocked with all the cars to take the witnesses away. There was nothing that could be done for Donny.

My dad called my other brother, Nick. Since it was the middle of the night he got his answering machine. Nick called me soon after. I woke up and answered the phone. Nick said, “I don’t know what’s going on but I got a message from Dad saying that Donny was shot and killed.” It took me a second to realize what he said. Killed. Killed. I just fell back to the wall and slid down to my bottom crying and saying “No. No. No. No. No. No.” My husband took the phone from me and I don’t remember much more of the next week or so.

We flew to Toledo for the funeral. I barely remember it. I started smoking again. I cried a lot. I had a constant headache. I was numb.

When I first heard that Donny was shot by a policeman because he had a gun, I originally felt bad for the cop. I thought how horrible it must be to have to shoot a kid. I wondered why Donny had the gun and what had gone down. I knew he wasn’t violent, so I was looking for answers. I didn’t read them myself but was told by others that the statements given to police all matched. The party guests all said one thing and the 2 cops both said another. So, there would be an investigation. It didn’t take long for the Firearms Review Board to clear the officer who shot Donny of any wrongdoing. The shooting was officially justified. He had a gun, after all.

Only later, did we discover from the coroner that the bullet had entered Donny’s body in such a way that made it apparent he had had his back to the officer with both of his arms down at his sides. He was slightly turned so the bullet went in his chest at an angle. But, no question he was not facing the officer with the gun pointed at him as the officer had stated.

Moving on to the fact that you cannot sue a law enforcement officer in Ohio if the alleged wrong occurred while he was conducting official duty. Qualified immunity. We cannot have police afraid to act, or think too long before they act, because they are afraid they may be sued – so let’s just remove the possibility of them being sued. Makes sense.

So, in my biased summary, a cop (at least in Ohio) can walk into your house uninvited – which then opens the door for any other cops who wish to enter to come on in – and he can kick in your bedroom door and murder you because you are holding a gun – a legal gun – in your hand in your own bedroom in your own private residence.

I do not any longer feel that Officer Taylor had to shoot my brother. From what other people in the room stated, he may not have even seen Donny’s gun until after he shot him. I believe he busted in like that in an attempt to catch him with something (drugs, alcohol, etc.) and when he saw 4 people in there and Donny hunched over possibly stashing or retrieving something he fired out of panic. He had no idea what was happening and he should not have gone in there like that. He stated he wasn’t even aware of other people in the room. He broke his own department policies. But, bonus – kid had a gun so he’s off the hook.

Why is my brother dead? Well, many people will tell you he brought it on himself. He smoked pot, drank alcohol, and had parties and if he didn’t the cops would not have even been there. I say it’s a mixture of reasons:

1. Loud noise complaint called in by a neighbor who disliked my brother when there was no actual noise according to neighbors on both sides of the house who were awake.

3. Officer Taylor having his gun drawn at a loud noise complaint

4. Officer Taylor kicking in a door not knowing what was on the other side against his department policies

5. The use of hollow-point bullets by police that were actually created to do more damage and save soldiers ammo

6. A mentality by society that says my brother was some type of criminal lowlife that deserved what happened to him

After the funeral we donated money in lieu of flowers to the October 22nd Coalition To Stop Police Brutality, Repression, and the Criminalization of a Generation.

My mom died of breast cancer.

Every time my brother, my sister, or I see a police officer we get a little nervous and remember all that was stolen from us.

So, yeah it’s 4/20. It takes me back to April 20th, 2002, when my youngest brother, Donald Joseph Sargent, was murdered by Toledo Police and nobody seemed to care. I hope you will remember him today, too.

Do you have a police story you want to share with CB.org readers? If so, contact us here.