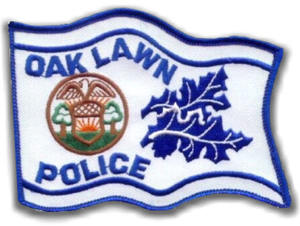 Chriswell was the victim of an assault with the attempted use of deadly force, a bare naked strip search with men present, and the use of racial slurs and slogans like, “Black Equals Crack.”

Chriswell had a clean background and was working in the financial industry when the racist officers attacked her and then filed charges against her for assault. This caused her to be unemployable for for the last four years and unable to care for her family.

Please support Erica’s petition which has over 700 names of Illinois residents who are tired of the racial profiling that is going on in Illinois policing.

Also, this is a video of the actual assault which led Chriswell to become so afraid she pulled away from the officer and drove to a populated mall area for safety. You can’t quite see what the officer is doing, but you see the officer open her car door and stand in her doorway. All of a sudden you see the officer begin to violently shake Chriswell back and forth in her seat. He then puts his foot on the car door well for footing and grabs her again violently shaking her back and forth. All this time, Chriswell was strapped in her seat belt. The officer wanted to make the dash cam tape appeared as if she was resisting, when he knew she had on a seat-belt. The officer went for his gun and unsnapped the holster, all while Chriswell remained in her safety belt. When Chriswell saw the officer drawing the gun from his holster, she put her car in drive and got out of there, just as she should have!