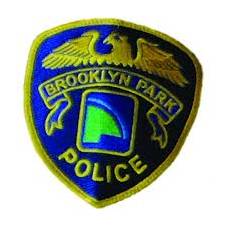 Amos Togbeson, Jr’s DWI arrest ended with him lying in a pool of blood on the floor inside a Twin Cities police department’s headquarters has filed a $500,000 lawsuit against the arresting Officer M. Wrobel, an officer who was previously involved in an excessive force complaint that cost taxpayers tens of thousands of dollars.

Officer Michael Wrobel claims he did not intend to use force on the man to get him on the ground, but that his boots slipped on the urine.

“When Detention Officer L. Hanson #2070 arrived with the mop bucket, I began to get the mop ready and directed Togbeson to move to his right to stand in the corner so I could mop.  Togbeson did not follow the instructions again and then he suddenly ran towards the jail door and attempted to open it.  I then grabbed Togbeson and brought him back to the corner of the wall.  I then restrained Togbeson in this location.  While doing so, Togbeson began yelling and screaming and twisting and turning and trying to turn around.  At this point, Detention Officer L. Hanson #2070 radioed for additional assistance in the jail.  While trying to hold Togbeson up against the wall, he was moving about causing urine to splash on my boots and uniform.  Togbeson did not comply with my commands to relax. Detention Officer L. Hanson #2070 then came near and I advised her to back up so that she did not get urine on her.

– Due to the fact that Togbeson had urinated on the floor, the floor was slippery and while trying to hold Togbeson against the well until other officers arrived, my boots began slipping.  Togbeson then tried to turning towards me at which point my left boot slipped.  When this happened, myself and Togbeson both ended up on the ground.  Togbeson continued yelling and screaming and trying to move and I pinned him on the ground.  I then noticed that blood was dripping somewhere on Togbeson’s face, however, I could not see where it was coming from because he was being uncooperative. -“

Jeff Storms, an attorney who represents Togbeson, accuses Officer Wrobel of lying in the official  statement.

“(Wrobel) knew he was going to take this man to the ground,” Storms said in an interview Wednesday. “He turns his body, he plants his foot and he pile-drives him head-first into the ground…Mr. Togbeson’s head splits open.”

Togbeson suffered a concussion and needed 13 stitches to close the wound on his forehead, leaving permanent injuries, Storms said.

When asked if he though Officer Wrobel was lying in his account of unintentionally falling to the ground with Togbeson due to the wet floor, Storms answered: “Absolutely.”

Extended Clip of the video can be found here.

Contact Chief Michael Davis to express your thoughts on this matter.