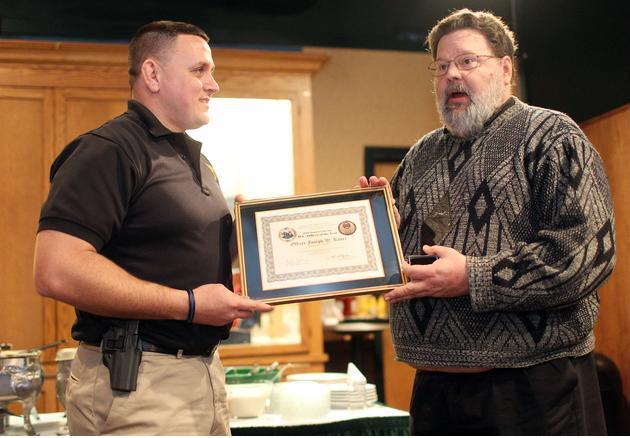 HUNTINGTON – A Huntington police officer who has been recognized for his number of yearly DUI arrests twice in the last three years has had one he made last year called into question.

According to West Virginia’s Legal Journal

HUNTINGTON – A Huntington police officer who has been recognized for his number of yearly DUI arrests twice in the last three years has had one he made last year called into question.

HPD Officer Joseph W. Koher is named as a co-defendant in a four-count civil rights suit filed by Nicholas Evans. In his complaint filed March 15 in U.S. District Court, Evans, 32 and of Huntington, alleges Koher stopped him without probable cause for DUI and later knocked him to the ground so as to add a charge of obstruction and pad his arrest record.

Evans’ suit is the fifth filed in the last year to allege civil rights violations by HPD.

According to the suit, the charges [against Evans] were later dismissed.

In his suit, Evans alleges his arrest is not an isolated incident, but rather “a pattern or practice of [Koher] pulling vehicles over without reasonable suspicion.” Koher’s “modus operandi,” Evans says, “is to see people leaving drinking establishments, pull them over without committing any traffic offenses, and then create pretextual reasons for the stop.”

Citing HPD’s own statistics, Evans says “Koher now has more DUI arrests per year than the entire HPD had before his arrival.” For both 2010 and 2012, Koher was presented the DUI Officer of the Year Award by the Governor’s Highway Safety Office.

According to the office, Koher last year made 251 DUI arrests, including Evans’.