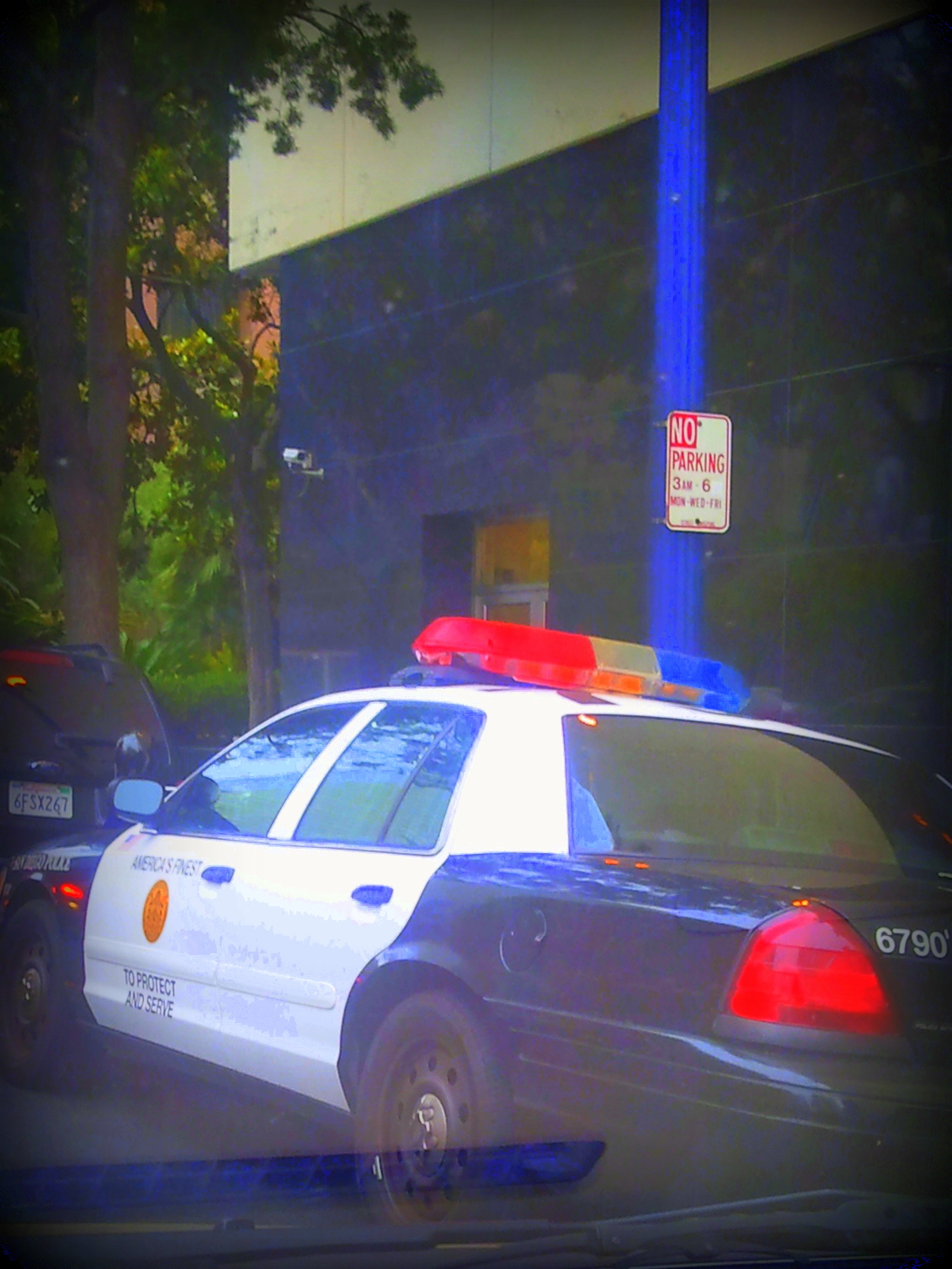 This article is brought to you courtesy of Station.6.Underground

The Massachusetts legal system is reeling in the wake of a 27-count indictment against one of their leading laboratory technicians. 35-year-old drug lab worker Annie Dookhan has been accused of tampering with evidence and obstruction of justice.

The full impact of her alleged crimes may never be known, and cannot be overstated. In this day and age of scientific law-enforcement, with so much of the public convinced that laboratory work is the “holy grail” in any criminal prosecution, the integrity of those labs is the pinnacle of public trust. It has become the very bedrock of how we even define justice itself, in so many cases, in this modern era. Popular television shows reinforce this idea that laboratory evidence is irrefutable and absolute. Prosecutors are wont to nurture this sentiment among jurors.

Of course, any reasonable person might consider that even in science there are errors from time to time. With DNA evidence for example, we sometimes hear the “odds” of accuracy. Sometimes as accurate as one in a hundred-thousand. Sometimes though, huge odds are defied as in the case of lab analyst Kathryn Troyer, who discovered a near-match defying 1-in-113 billion odds between two felons in the same state.

What happens though, when we throw in a more human element to the science? Something that undermines even the very best science. Personally, I never really thought too much about it, but always sort of assumed that the relationships between lab staff and the legal system were kept sterile, to a large degree. I assumed that some measures were in place to ensure lab workers were not only ethically impartial, but also that systems of anonymity and lab-controls were in place to reinforce the ethical standard. I even assumed that lab work was double-checked. In other words, I foolishly believed in the system and never thought that something like this could happen. I certainly never thought I would ever see a case of this nature, of such magnitude.

Annie Dookhan began her career at the state’s Jamaica Plains drug lab in 2003. In that time, she has handled evidence in more than 34,000 cases. Any convictions stemming from evidence she processed are now likely to be overturned. This has called into question the integrity of the entire lab, and countless more cases. The lab has since been shut down and numerous people have been fired or resigned, but not before the damage was done.

In June of 2011, she was caught improperly removing drugs from evidence storage in 60 different cases, but apparently her supervisors did nothing to stop her from being involved in more drug cases after that. Later that year she wrote in a private email to Norfolk Assistant ­District Attorney George ­Papachristos, “I have full access to anything and everything, one of the advantages, so some of the other chemists are resentful of me.”

The long and often quite personal email exchanges with Papachristos have been closely scrutinized and seen by many as unethical from both a professional and personal standpoint. Dookhan’s marriage has been on the rocks since her husband uncovered emails back in 2009. The prosecutor has not been charged with any crime himself though, and it is not known if the flirtatious banner ever led to more than a handful of personal meetings. Nonetheless, it does show a much closer relationship than one might expect between a prosecutor, and a lab technician who is expected to be impartial. So much so, that Papachristos resigned from the DA’s office.

Clearly, from her own words, impartiality was never even something she considered. She did not see her job as being a technician who processes evidence, but rather her stated goal was “getting [drug dealers] off the streets.” It should go without saying here, that this was certainly not her job as a lab technician. Nevertheless she was all too happy to do favors for prosecutors, while shunning defense attorneys even when she was required to give evidence to them. She saw herself as part of the prosecution team, as did many prosecutors themselves, with one declaring “No no no!!! I need you!!!” when Dookhan said she would not be able to testify in a case.

Dookhan is alleged to have lied on the witness stand in court about having a Master’s degree in chemistry, and to have sent  emails giving herself grandiose job titles she simply did not have. In correspondence with various agencies she identified herself  with self-appointed titles like “special agent of operations” or “on-call terrorism supervisor.” She even went so far as to create fake email conversations with a US attorney, whose name she misspelled, and forwarded to other recipients.

Assuming of course that all of these allegations are true, one has to wonder how such an obviously pathological liar could go on for so long without anyone bothering to consider that something like this might happen. Police and prosecutors were clearly willing to look the other way and even cultivate a close relationship with Dookhan, to encourage her, in order to secure easy convictions. As of yet, there are no criminal charges against anyone else aside from the lab-tech herself, but it seems clear that ethical and moral obligations were tossed aside in favor of making their jobs easier.

As a result, hundred of millions of dollars have been wasted. Entire careers have been built to be little more than sandcastles. Tens of thousands convicted felons are now poised to flood the streets of Massachusetts, then out across the country. If it was their intent to actually make the public safe, then the government certainly failed miserably in that mandate. The government has utterly failed in its task of keeping people safe because it has committed countless acts of violence and imprisonment upon potentially innocent people.

It may be all-too-easy to assume that all or even most of these convicts were actually guilty, but that simply does not hold up to the facts, and certainly carries no weight against the core values of our entire justice system. In the face of reasonable doubt, the presumption of innocence is paramount. Without these standards, we might just go ahead and just give the police a license to kill at will and close down the courts.

Understanding this, we must assume now that the government sent more than 34,000 innocent people to prison on the word of just one deluded lab technician. That my friends, is more dangerous than any drug dealer. Even if only in our hearts we assume that just some of these convicts were actually innocent, imagine for a moment that one of them happened to be you, your spouse, your parent or child. Imagine for a moment how many lives have been irreparably laid to waste by the lies of just one woman, and a government that did not care. A government that in fact has a vested interest in securing more convictions even if they are not justified. A government that encouraged this woman to commit her crimes against the people. A government that presumes guilt of anyone who crosses into their sights, and has even dispatched agents to threaten the hundreds of inmates who have already been exonerated.

“We tell them, ‘Listen, we know what you were doing before and we’re watching you.'” -Boston Police Commissioner, Edward Davis

Perhaps the most frightening aspect to all of this is that this may only be the tip of the iceberg. This woman was clearly delusional and easily cultivated this relationship with prosecutors. It certainly raises the question of how prevalent this sort of thing is throughout the country, especially in labs and agencies where this sort of thing is likely done more discreetly. If there are no practical standards in place to prevent something like this from happening, how could we possibly trust that this sort of thing is not rampant? How many lab workers compromise cases for monetary gain, for romantic favors, for promotions, or to simply stroke their own ego? How many might even quietly carry on the work of a zealot in their own private war against people they see as evil?

Are we supposed to ignorantly believe that this is simply an isolated incident, one bad apple, and assume that it will never happen again? Are we honestly supposed to believe that some fear of the law will prevent lab-techs from committing these sorts of crimes, when the government itself benefits from these crimes?

If convicted, will Annie Dookhan be sentenced to as much time in prison as the innocent people she put there would have done?

For more, read here and here.