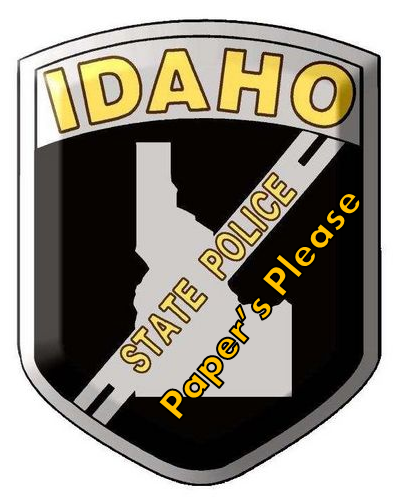 I was driving on Interstate 84 through Boise when I suddenly heard a very load noise coming from my car. I pulled off at the next available exit and noticed an Idaho State Police vehicle which already had somebody pulled over. Not wanting to interfere or be too close to them, I stopped on the off ramp about 1000 feet behind them. At that time I proceeded to find a few tools, pop the hood of my car, and make a quick roadside repair. By the time I had finished and was getting back in my car, sure enough, the State Troopers had turned their car around, drove the wrong direction down the off ramp, and pulled in behind me with their lights on. At first they acted like they were just concerned for my safety and asked if everything was OK. I told them it was, but then they wanted to know where I was going and what I was doing when I got there. I didn’t want to be a jerk, so I simply told them it was for business. That was when they asked for my ID and I told them no.

We argued back and forth for a couple of minutes and then the State Trooper in charge threatened me with going to jail. It wasn’t so much the threat of jail that made me comply; It was more that I just didn’t have the time to spend a day in jail as I was on my way to a business appointment.

I gave them my ID, registration, and insurance. Then I turned my video camera on them and recorded the rest.

Submitted by Rich Hersey
Thanks for informing others about their rights! You guys are bold in the face of a corrupt system.