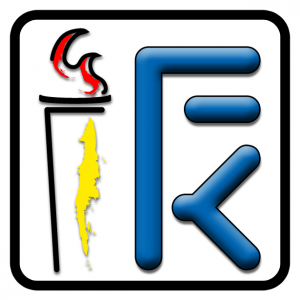 This is not an uncommon scene – police harassing people who may have been drinking. What is uncommon is Antonio Buehler and the rest of the Peaceful Streets Project who come on the scene and wield cameras and questions.

The whole video has some excellent exchanges, but this link will skip you to a highlight where a cop actually admits he is a thug

Ultimately, Buehler and friends are able to help the lady that owns the car escape the clutches of the uniformed gang, but not before the gang members jacks her car and arrests her friend.

I want to be clear: Any amount of people hitting the streets who care about freedom and police abuse is a positive development. To that end, the PSP is a success in Austin and elsewhere – they are helping people directly during police encounters and they are informing others of their rights. That’s a win for sure. However, it’s important to look at the big picture. Step back, and look at the scope of the situation:

The cop that admits he is a thug is Jason Mistric, with whom PSP activists are familiar from past encounters, but they are unfamiliar with the other two cops on the scene. This is not a surprise with 1700 uniformed officers (according to Buehler) crawling around in Austin, TX – the home of the Peaceful Streets Project.

Over 800,000 people live in Austin – it’s a big city. Big cities have lots of police, in this case 1700 uniformed officers AND 500 non-uniformed civilians. If you live in a place like that, you should ask yourself, “How many activists do we have compared to the number of police?”

Is the answer a fraction? If so, are your numbers growing to the point where you will actually ever realistically outnumber the police? Don’t forget, their numbers are growing too. Austin police say they need another 116 officers next year. According to Buehler, any time they ask for an increase, they get it. The linked article claims there are currently 1740 officers.

Sure, if people started standing up for themselves, (and the guy that gets arrested in this video does!) then the police would not get away with their abuses as often. However, how likely is that? Most people are too scared to stand up. Just look at what happened in Watertown. Looks at the hundreds of thousands of stop-and-frisks in NYC and Philly each year. That’s why it is critical that we get the people who have the courage to stand up for freedom to the same place.

We who love liberty need to outnumber the police. Our level of success in achieving liberty is directly related to the level of concentration activists have in the population. Experience shows that when you, the activists, outnumber them, the government gang, they behave very differently. They become more likely to back down and go away. Peace is our means, but if the aggressors outnumber the peaceful, our options are limited. When the peaceful outnumber the aggressors, the game changes completely.

I will remain peaceful while they are the ones clearly committing aggression against peaceful humans. Those of us with video devices will continue to show their outrageous, rights-violating behavior for the whole world to see.

To all liberty-loving Cop Blockers and Peaceful Streets Project participants, please imagine how much more effective your efforts would be if you were in a place where you had more than enough support from volunteers and where you could know all the police individually. You can have that here in New Hampshire as part of the Free State Project. As I understand it, there are 200 cops in Manchester (our “big city”) and only about 40 here in Keene. We’re well on the way to surpassing and eventually seriously outnumbering the police. If you want a real chance to change things on a wider scale, like rolling back bad laws – this is the place. (A Free Stater state rep’s bill to repeal the knife laws in NH passed a few years back, and more recently thanks to liberty activists, NH became the only state to enshrine the right for defendants to talk about jury nullification in court.)

The Free State Project is over 70% of the way to the goal of 20,000 people signed and pledged to move to New Hampshire. Isn’t it time you signed up? There are already over 1,100 of us here in NH. We’re only at 5% of the eventual goal of 20,000 moved and have already been called by an aggressor state rep, Cynthia Chase, “The single greatest threat to the state“. If you want liberty in your lifetime, please don’t delay. Get here ASAP!