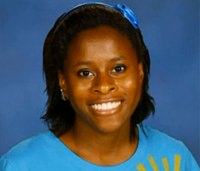 The absurd story that you are about to read was originally posted at Miami New Times on April 26, 2013. H/T Cecelia of Ladies in Keene.

Kiera Wilmot got good grades and had a perfect behavior record. She wasn’t the kind of kid you’d expect to find hauled away in handcuffs and expelled from school, but that’s exactly what happened after an attempt at a science project went horribly wrong.

At 7:00 AM on Monday, the 16 year-old mixed some common household chemicals in a small 8 oz water bottle on the grounds of Bartow High School in Bartow, Florida. The reaction caused a small explosion that caused the top to pop up and produced some smoke. No one was hurt and no damage was caused.

According to WTSP, Wilmot told police that she was merely conducting a science experiment. Though her teachers knew nothing of the specific project, her principal seems to agree.

“She made a bad choice. Honestly, I don’t think she meant to ever hurt anyone,” principal Ron Pritchard told the station. “She wanted to see what would happen [when the chemicals mixed] and was shocked by what it did. Her mother is shocked, too.”

After the explosion, Wilmot was taken into custody by a school resources officer and charged with possession/discharge of a weapon on school grounds and discharging a destructive device. She will be tried as an adult.

She was then taken to a juvenile assessment center. She was also expelled from school and will be forced to complete her diploma through an expulsion program.

“Anytime a student makes a bad choice it is disappointing to us. Unfortunately, the incident that occurred at Bartow High School yesterday was a serious breach of conduct. In order to maintain a safe and orderly learning environment, we simply must uphold our code of conduct rules. We urge our parents to join us in conveying the message that there are consequences to actions. We will not compromise the safety and security of our students and staff.”

So, sorry kids. Don’t try any extracurricular science projects on school grounds, especially if they could result in anything resembling an explosion.

Update: Riptide spoke to the Polk County School District about why they felt expulsion was a fair punishment for Wilmot. Their response: kids should learn that “there are consequences to their actions.”