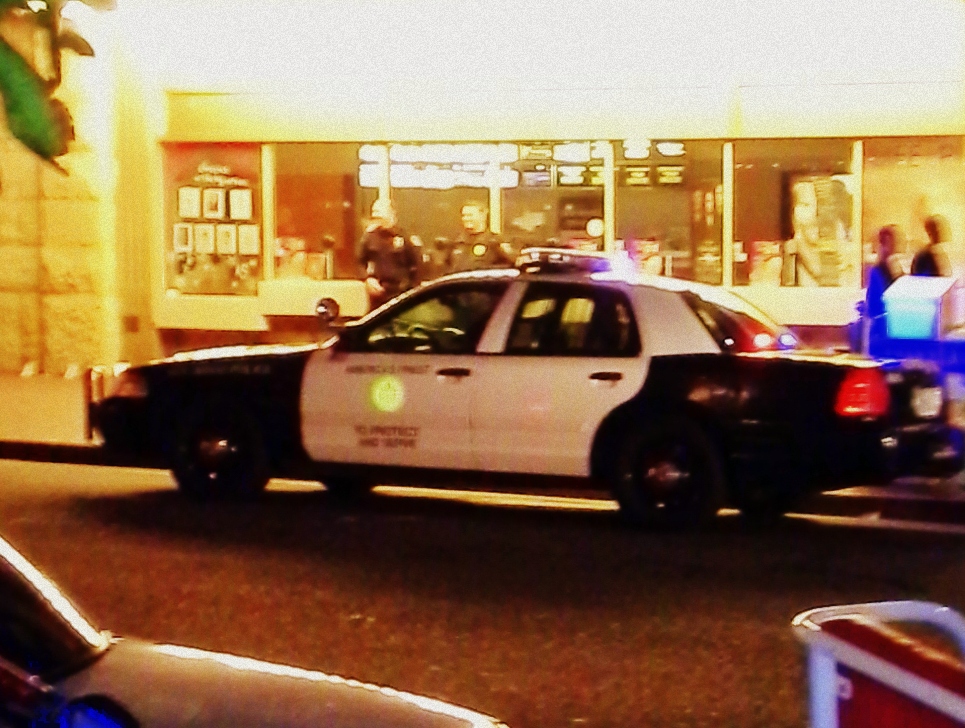 The NYPD makes no bones about their tactic. They call it crime prevention, we call it racist violation of constitutional rights. But their “stop-and-frisk” tactics have declined for the first time in several years, raising the question – is the NYPD ready to give up this practice of criminalizing people based solely on their location and likely their race?

According to the Wall Street Journal, stop-and-frisks are down over 50 percent for the first quarter of 2013, when compared with 2012. It comes at an interesting time, as the city is facing a federal lawsuit for their employment of these practices.
The lawsuit was filed on behalf of several people who were victims of the stops. In case you’re unaware of the tactic, a stop-and-frisk is when a cop sees you in a high-crime neighborhood and uses this, paired with any other loose justification, to assume you may have committed or may be about to commit a crime. The officer then detains you on the street and may frisk you or pat you down.

The stop-and-frisk approach is largely used by rookies operating in the Operation Impact program, which sends a large amount of uniformed officers into high crime neighborhoods to sort of make their presence known. If the stops were made because there was good evidence of an impending crime, it might not be so bad. But officers are using the mere reputation of neighborhood and things like clothing or loitering as evidence to justify a search. As you well may imagine, they are doing it en masse to black and Latino men.

In 2002, for instance, 85 percent of those stopped were Latino or black, and 90 percent were released without criminal charge or arrest. What does that mean? That 90 percent had done nothing wrong. This is the crux of the lawsuit. So, why are stop-and-frisks down? Ask the NYPD and they will tell you it’s a staffing issue or a training situation. Still, the lawsuit certainly can’t be ignored, and there’s a good chance that the department is quietly backing off.

Most interesting about the drop in stop-and-frisks, however, is that it comes at the same time as a drop in crime rates. Crime in the city is down 2.7 percent during the first quarter of 2013, and murders are down 30 percent. What this says is that stop-and-frisks may not have the amazing impact that the city wants you to believe. In fact, it seems, the dropping crime rate has nothing to do with the use of stop-and-frisk tactics.

So, if stop-and-frisk does not reduce crime, what does it do?

Generally, stopping people without solid justification and doing so in significantly racially-disproportionate numbers does nothing but widen the rift between a community and the police. It does nothing but justify the bitter distrust held by many people within the city. From the NYPD’s perspective, it likely serves to keep people “in their place.”

This post was originally blogged on AQuestionofJustice.com, the personal justice blog of freelance writer Elizabeth Renter. You can contact Ms. Renter through her blog or her website: www.ElizabeththeWriter.com