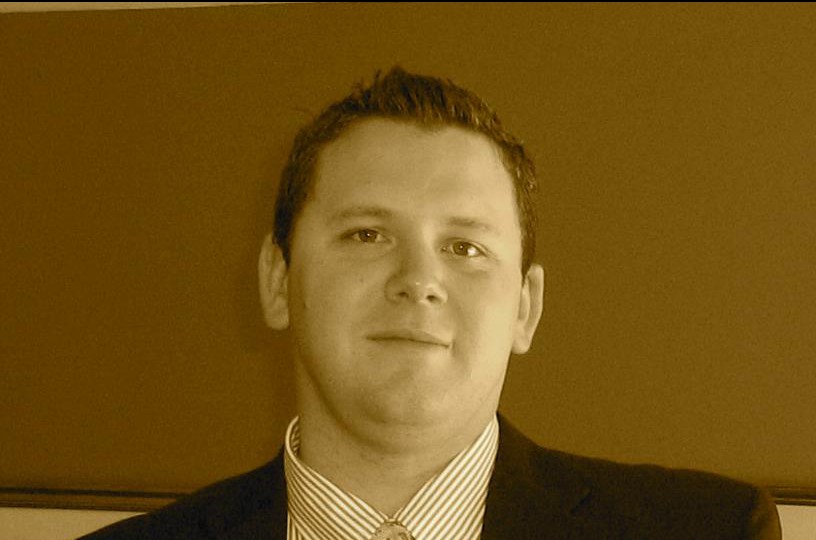 Raymond, the man featured in the story, submitted this article which was originally posted at PhotographyIsNotACrime.com by Carlos Miller.

Raymond Rodden was bored this week, so he drove to downtown Phoenix and began walking around, snapping photos of the federal courthouse and the state capitol with his iPhone.

The 33-year-old man ended up jailed, unemployed and homeless; his iPhone, iPad and Macintosh laptop confiscated as “evidence.”

All because they found it odd he was taking photos at 3 a.m.

“They told me they’re going to keep my computer because they want to see my search history,” he said Saturday evening in a telephone interview with Photography is Not a Crime.

However, the only charges pending against him, if you even want to call them charges, are citations that he walked into an alley – a bogus charge that applies only to motorized vehicles – and that he neglected to change the address on his driver license after moving to Phoenix from Tucson last August.

They couldn’t even keep him jailed on the initial charge of an outdated warrant out of California because the San Obispo County Sheriff’s Office did not want to bother extraditing him from Phoenix.

“The warrant was not even valid in Arizona,” adding that it was over a probation violation for unlawful use of a vehicle, stemming from a 2001 incident in which he took his roommate’s car without permission after a heated argument.

That old roommate is still one of his best friends, allowing him to stay in his Tucson home after he was kicked out of the Phoenix home that was part of his employment.

“I was living in my boss’s house taking care of his son,” he said. “Now he thinks I’m some crazy person.”

The fact that the Phoenix police bomb squad tore his boss’s car apart searching for explosives before impounding it most likely convinced him that Rodden was not the most suitable person to care for his six-year-old son as he worked as a long-distance truck driver.

“The most radical thing I do is read Photography is Not a Crime and Cop Block,” he said.

So like most people who read those sites, he knows his rights when it comes to dealing with police.

And that is exactly why he is going through this ordeal.

It started Thursday at 3 a.m. when he was sitting at home, unable to sleep. He decided to drive to downtown in his boss’s car, which he had permission to do.

He parked the car in front of the Phoenix Police Department and began walking around downtown, which is a ghost town at that time.

He snapped photos of the Arizona State Capitol and the Sandra Day O’Connor United States Courthouse, two of the city’s most picturesque buildings.

He exchanged pleasantries with Federal Protective Service officers guarding the courthouse, who are probably the ones who called police on him.

“I kept walking around because I knew if I got into my car, they would pull me over,” he said.

They kept trying to talk to him but he kept asking if he was being detained and they said no, so he kept walking and they kept following, He walked around for more than an hour as the cops kept following, waiting for him to slip up.

That was when he walked into an alleyway, thinking he was not breaking any law.

Little did he know that Phoenix Municipal Code 36-61 states that “no person shall use an alley within the city as a thoroughfare except authorized emergency vehicles.”

“As soon as I walked into the alley, they descended upon me,” he said.

As one PINAC reader pointed out in the comments section, this code applies to vehicles, not pedestrians.

But before he knew it, he was handcuffed and sitting in an interrogation room at the Phoenix Police Department, fielding questions from an FBI agent and a police detective named Darren Emfinger from the Joint Terrorism Task Force as to what organizations he belonged to and what types of books he reads.

“I told them I was not doing anything illegal by taking photos and they kept saying, ‘we’re not disputing that it’s illegal, we just find it odd,’” he said.

Meanwhile, they discovered that a key in his backpack fit a Toyota Tundra that was sitting in front of their building, so they called the bomb squad to dismantle it in the hopes they would find something illegal.

“It was a complete overreaction,” he said.

When they couldn’t connect him to any terrorist activity, they jailed him on the outdated warrant, where he remained until 2 p.m. after they realized they had no legal grounds to hold him.

Once he left jail, he walked back to the police department to retrieve his backpack, which contained his laptop, iPhone, iPad and an external hard drive, but was told that it was being kept as “evidence.”

When he got back home, his boss told him to pack his bags.

“I tried to explain what had happened but they had already talked to him,” he said.

So he headed down to Tucson where he is staying with a friend.

“I’m afraid they are going to keep digging and digging until they find something to nail me with,” he said. “That is why I got out of Phoenix.”

Phoenix Mayor Greg Stanton can be reached at mayor.stanton@phoenix.gov or 602-262-7111.