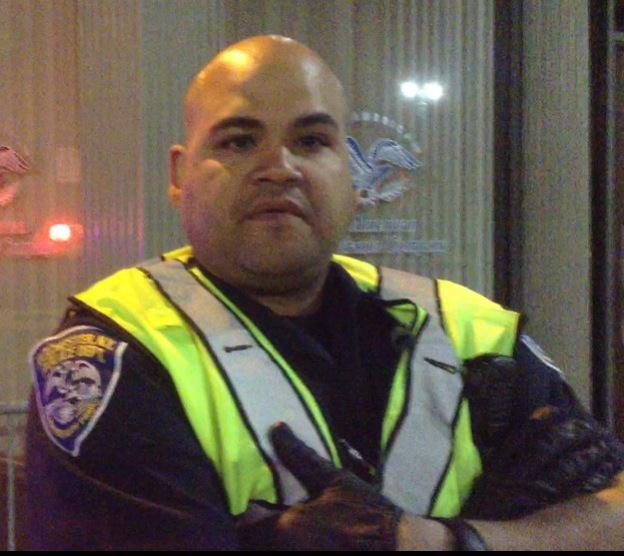 Last month when “The Amazing Spiderman 2” began its first day of filming in downtown Rochester, I took my two sons and my niece, before school.

Hoping to beat any crowds, we arrived early, and after parking, walked down West Main Street.

Seeing, the film’s production crew beginning to set up, and noticing barriers and yellow tape, I asked a Rochester Police officer who was standing on a nearby sidewalk, what a safe place would be for my children and I to stand.

As soon as I asked the officer, he took one look at me, and asked me “What’s your name?”, as he looked at my press pass for Minority Reporter Media Group, the publisher for two local publications I write for, and then said “I’m not talking to you!”, and walked away, violating the RPD’s own Code of Ethics, by allowing personal feelings and prejudices, interfere with him doing his job.

“I normally don’t go out too late, but I did tonight. As I was returning home from a trip to Wal-Mart, a couple of young men came over to me and told me an RPD officer spit on one one of them. The young man pointed the officer out and I walked over to where the officer was, sitting in his car, and I saw his name, it was Ortiz, and the car was W-58”, she said.

The incident occurred just blocks away from where Benny Warr, a 52 year old disabled, one-legged amputee was assaulted by Rochester Police officers as he waited for city bus near the intersection of Jefferson Ave. and Bartlett St.

According to Gwen, the youth in the neighborhood are too afraid to speak for fear of retaliation by RPD officer Ortiz and his fellow RPD officers.

After I got off the phone with Gwen, I placed a call to 911 and asked for a supervisor from RPD west side to return my call.

Approximately 15 minutes later, Rochester, NY Police Sgt. Zimmerman called me back, and I described to him the conversation I had with the woman.

I asked Sgt. Zimmerman if officer Ortiz was in fact on duty, and driving RPD cruiser W-58.

A short time later, Sgt. Zimmerman, called me back, and confirmed that indeed, officer Ortiz was on duty at the time of the incident, and was driving cruiser W-58.

A check with the City of Rochester payroll information for Rochester Police officers shows that there is a Richard Ortiz employed by the RPD.

On my way to meet Gwen, I remembered something she told me when she initially called me.

In describing the officer, Gwen said he was heavy set and bald.

I immediately thought of the Latino officer downtown, in the incident on the morning of the first day of filming for the Spiderman movie.

Since Gwen had said that she walked up to the officer’s cruiser, and saw him up close as she made note of the ‘W-58’ plate, I thought I’d show her a photo of the officer downtown.

“That’s him!, that’s Ortiz!”, Gwen said, before adding, “Something has to be done, I mean he didn’t just spit on a child, he hacked up phlegm, and then spit it on a child, that is unacceptable, we need to get him out of here.”