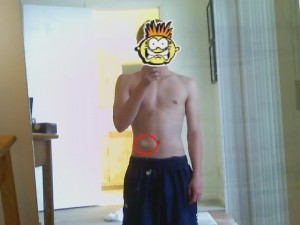 This story was shared by Nisemono by way of CopBlock.org’s ‘submit‘ page.

This isn’t something I ever thought would happen to me. The truth is, I read your web site and Facebook page all the time, so I thought I was prepared. I should have stood my ground, but I was caught off guard and didn’t remember everything this really kick ass site taught me. My mom and me moved to Utah from Arkansas last year and everyone is really nice here, except the police.

I was just exiting the gym in SLC on Saturday May 18th 2013 at about 7:30 PM. I was walking to my truck, then standing outside my car taking a phone call when a SLCPD (Salt Lake City) officer asked me why I was loitering in a parking lot.

I explained that I was just leaving the gym and taking a phone call, and I’d be on my way soon. He told me to basically shut up and made me give him my ID. I asked if I was under arrest and I was about to leave. He said that he didn’t like my “SHITTY” attitude and he took my phone away, which was still connected to my mom, and spun me around to face his police car where he started patting me down. I asked again if I was under arrest and if I could go; That’s when he handcuffed me. When I was illegally handcuffed, he ran his hand ran over my side where my insulin pump is and he asked what it was. I told him it was my insulin pump. He looked at it and said he never saw one like that before; I said that they all look almost identical. I also told him right away that a tube runs from the pump to the port in my belly, and to please be very careful. He told me to shut up and look forward. His hand went over the port and I instinctively moved my hand to guard it. He literally ripped the pump off my belt, pulled the tube out of the port and smashed me into the hood of his car. He yelled into my ear that if I moved again I would get “the shit tazed out of me.” He went through my gym bag and found my stash of vitamins and other stuff I use, (no, not drugs!) like protein powder in a shaker jug and a soft sided cooler where I keep a spare insulin tube, glucose and other medications. I even have a tattoo that says that I am diabetic, and an indent bracelet that says the same thing.

I told him that I need continuous insulin, to which he said that the device is not an insulin pump and that I probably use it for steroids. I asked, “Does it look like I use steroids?” and he got even madder at me. Thankfully, a buddy from the gym came outside and tried to help, but the cop told him to, “Get the fuck back,” and started walking me to the back seat of his car. I asked what I was arrested for. He said that I wasn’t under arrest, but that I was being detained until he could verify the prescription on my insulin and other medicine.

My mom showed up, all mad, and started yelling at the cop. She saw my insulin pump on the ground, picked it up, and asks why it was not attached to me. He said that it was for steroids. My mom pulled out her nursing credentials and said that insulin is a hormone, not a steroid, and that I need it or I could die. She called 9-1-1 to get an ambulance on the scene and to get a supervisor there to get me out of there.

Long story short, the supervisor showed up and made the cop give me back my pump. The ambulance showed up and I went with them because I was then bleeding where the port is.

I completely forgot to record this with my iPhone, but I will get the police reports and share those. I really would like to hear what the people on the website have to say, in case it happens to me again, or to anyone else – especially when it comes to medical devices like an insulin pump.

Thank you everyone for reading.
-Nisemono