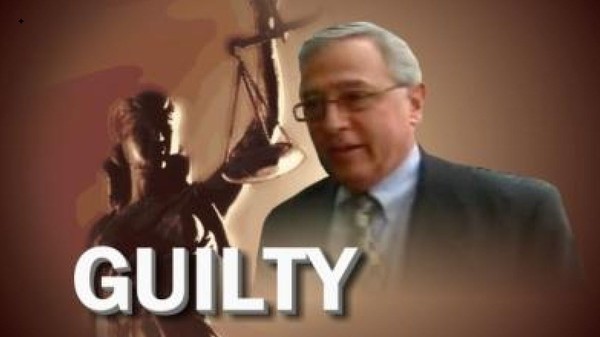 The government is not there to protect you. The only way to stop the corruption happening every day is to stop allowing others the power to control your life and your money.

Disgraced Pennsylvania judge Mark Ciavarella Jr has been sentenced to 28 years in prison for conspiring with private prisons to sentence juvenile offenders to maximum sentences for bribes and kickbacks which totaled millions of dollars. He was also ordered to pay $1.2 million in restitution.

In the private prison industry, the more time an inmate spends in a facility, the more of a profit is reaped from the state. Ciavearella was a figurehead in a conspiracy in the state of Pennsylvania which saw thousands of young men and women unjustly punished and penalized in the name of corporate profit.

According to allgov.com Ciavearella’s cases from 2003 – 2008 were reviewed by a special investigative panel and later by the Pennsylvania Supreme Court and it was found that upwards of 5,000 young men and women were denied their constitutional rights, and therefore all of their convictions were dismissed and were summarily released.

During his sentencing Ciavarella was defiant, claiming he had broken no laws and claimed the money he received was a legitimate ‘finder’s fee.’ Assistant U.S. Attorney Gordon Zubrod said comments such as these were typical of Ciavarella, according to the local reporting of citizensvoice.com:

I think that’s his way of doing things. Never retreat. Always go on the attack. Always blame somebody else. Always get them to back off. He tried it with the judge. It didn’t work.

800
SHARES
FacebookTwitterGoogleRedditTumblr
DiggLinkedinStumbleuponMailPrint
You Can Support Cop Block by shoppping on Amazon using the banner below:
BANNERS ARE CLICKABLE