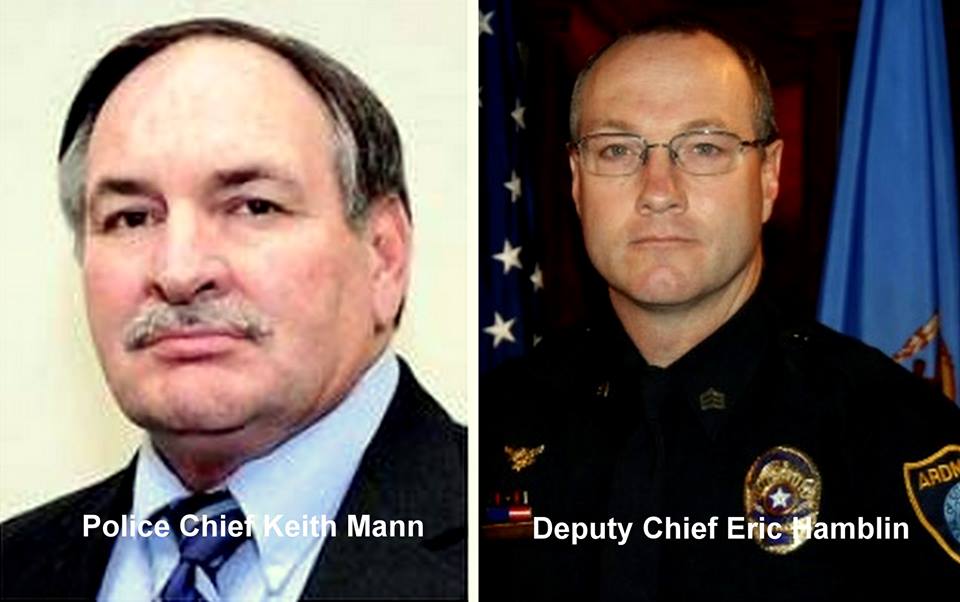 Ardmore, Oklahoma Police Chief Keith Mann and Deputy Chief, Eric Hamblin have been placed on leave pending the completion of an “on-going administrative review of various operational aspects of the Ardmore police department.”

City Manager J.D. Spohn said he believes his action is the “appropriate” decision and the City Manager cautioned officers that speculation would be “unfair”, and to continue doing their jobs to protect the public.

The suspensions come just weeks after Ardmore Police officer (Phil Shepard) was accused of beating a handcuffed teen at the community Children Shelter.

Keith Mann says he will reserve his comments until after consulting with an attorney.

Resignations of both Mann and Hamblin are expected in the coming weeks.