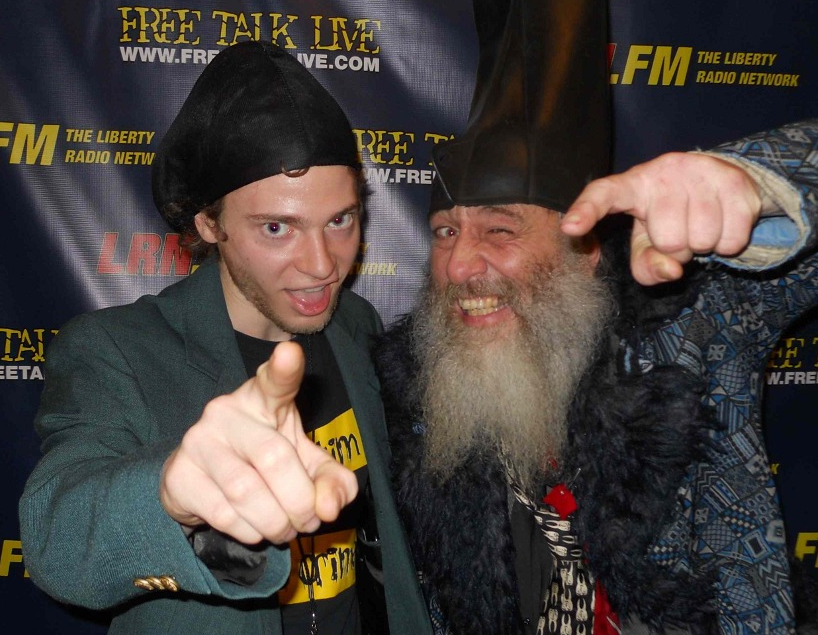 Is having an accurate recollection of a conversation criminal?

An hour ago my good friend Garret Ean had his videocamera stolen as he bicycled toward downtown Keene. The theft was perpetrated by two men wearing NH State Police badges identified as Joseph T. DiRusso and Aaron Gillis, who, upon spotting Ean, drove their unmarked silver Dodge Charger toward him and demanded his property.

DiRusso and Gillis claimed their actions just per some text on paper signed by Edward Burke based on allegations made by Thomas Mullins [see below]. It should be noted that all four of those men involved in this conspiracy to censor Ean subsist on stolen money.

Ean in his own words:

Ean, one of the six people named in the frivolous Robin Hood injunction sought by the as-of-yet unidentified “City of Keene”, relies on his videocamera for his livelihood – being an active content creator at FreeConcord.org, FreeKeene.com, CopBlock.org, YouTube.com/AquaKeene. The theft of his camera is not just a major hinderence for him and his efforts, but should be of concern to anyone who recognizes that this situation sets an Orwellian precedent. Stay tuned as this unfolds. Updates will be posted here.

Playlist from YouTube.com/Fr33ManTVRaw, which has this description:

Videographer and active Robin Hooder in Keene, NH Garret Ean has his camera stolen by two plain clothes state police officers who provide him with only a partial warrant to search him and seize any electronic device for evidence of ‘wiretapping’. The affidavit and supporting probable cause are conveniently missing from the search warrant and nobody at either the court, attorney’s office, or state police hq knows anything about where it might be. Theft occurred at approx 11:15am on June 26 2013. See more at http://www.copblock.org/censoringgarretean/

Garret Ean reads the text he wrote and shared with Larry Kane, who works as a clerk for the “City of Keene”, on July 3rd, 2013. Ean’s hope is that it will help make more-likely the return of his stolen camera.

See Open Letter to Clerk Larry Kane for the text

Surveillance camera footage captured on Wednesday, June 26th, 2013, shows that Joseph T. DiRusso and Aaron Gillis, in an unmarked silver Charger drove by at least three times in the morning before DiRusso and Gillis stole Garret Ean’s camera, and then a fourth time that evening. Also, that Keene’s petty tyrant Freddie Parsells drove by at least three times that day. Those seven raw clips, plus another showing Ean’s return, minus his videocamera, have been added to the Garret’s Camera Stolen by Staties 2013/06/26 playlist.