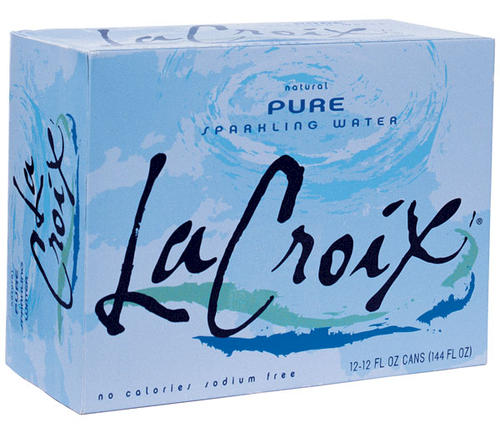 Endangering people in an attempt to enforce prohibition, or remove freedom of choice, rather, is not a rational decision if your goal is to act in the ‘general public’s’ best interests. Clearly, the Alcoholic Beverage Control agents are not acting in a manner intended to protect anyone; it should be very clear that their driving factor is financially-based.

When a half-dozen men and a woman in street clothes closed in on University of Virginia student Elizabeth Daly, 20, she and two roommates panicked.

That led to Daly spending a night and an afternoon in the Albemarle-Charlottesville Regional Jail. Her initial offense? Walking to her car with bottled water, cookie dough and ice cream just purchased from the Harris Teeter in the Barracks Road Shopping Center for a sorority benefit fundraiser.

A group of state Alcoholic Beverage Control agents clad in plainclothes approached her, suspecting the blue carton of LaCroix sparkling water to be a 12-pack of beer. Police say one of the agents jumped on the hood of her car. She says one drew a gun. Unsure of who they were, Daly tried to flee the darkened parking lot.

“They were showing unidentifiable badges after they approached us, but we became frightened, as they were not in anything close to a uniform,” she recalled Thursday in a written account of the April 11 incident.

“I couldn’t put my windows down unless I started my car, and when I started my car they began yelling to not move the car, not to start the car. They began trying to break the windows. My roommates and I were … terrified,” Daly stated.

Prosecutors say she apologized profusely when she realized who the agents were. But that wasn’t good enough for ABC agents, who charged her with three felonies. Prosecutors withdrew those charges Thursday in Charlottesville General District Court, but Daly still can’t understand why she sat in jail.

“This has been an extremely trying experience,” she wrote. “It is something to this day I cannot understand or believe has come to this point.”

Agents at ABC’s regional office in Staunton deferred to the agency’s public affairs office in Richmond. Spokeswoman Carol Mawyer would not provide details of the arrest or ABC’s investigative procedures, except to say that all agents wear plainclothes and carry metal badges.

Agents charged Daly with two counts of assaulting a law enforcement officer and one count of eluding police, all Class 6 felonies carrying a maximum penalty of five years in prison and $2,500 in fines per offense.

Chapman said he’d never encountered a situation like this in his 34 years of experience.

“It wouldn’t be the right thing to do to prosecute this,” he said, noting that no one was hurt during the exchange, which took place around 10:15 p.m.

Daly incurred the assault charges when she “grazed” two agents with her SUV, according to court records. She drove the SUV past the agents after her front-seat passenger, in a panic, yelled at Daly to “go, go, go” and climbed into the rear of the vehicle to gain space from the men on her side of the car, the records state.

The woman was on edge after spending the night listening to stories from dozens of sexual assault survivors at an annual “Take Back the Night” vigil on Grounds, said Daly’s defense attorney, Francis Lawrence.

The women dialed 911 as they pulled out of the parking lot to report what was happening and ask whether the agents were police officers. Daly said she was planning to drive to a police station. She stopped the SUV nearby for an agent driving a vehicle with lights and sirens, Chapman said.

Chapman stood by the agents’ decision to file charges, citing faith in a process that yielded an appropriate resolution.

“You don’t know all the facts until you complete the investigation,” he said.

23
SHARES
FacebookTwitterGoogleRedditTumblr
DiggLinkedinStumbleuponMailPrint
You Can Support Cop Block by shoppping on Amazon using the banner below:
BANNERS ARE CLICKABLE