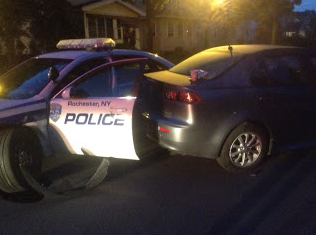 Neighbors say the were awakened by a “huge bang.”

One woman, who took the photos on the right, she said she came outside and saw what she described as a tall Rochester Police officer, bleeding from the back of his head. 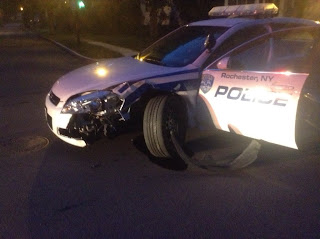 According to neighbors, it appears as if the RPD officer fell asleep at the wheel.

As you can see in the photos, the damage to both the parked vehicle, and the RPD cruiser, W-21, was pretty extensive.

The vehicle that the RPD officer crashed into, was parked legally.

NOTE: According to some neighbors, who overheard Rochester Police officers talking with ambulance personnel, the officer fell asleep behind the wheel. 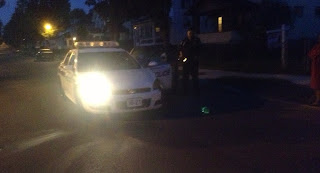 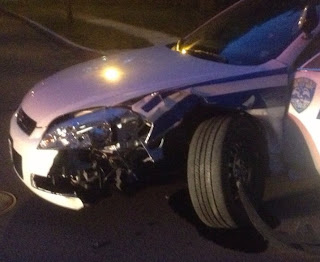