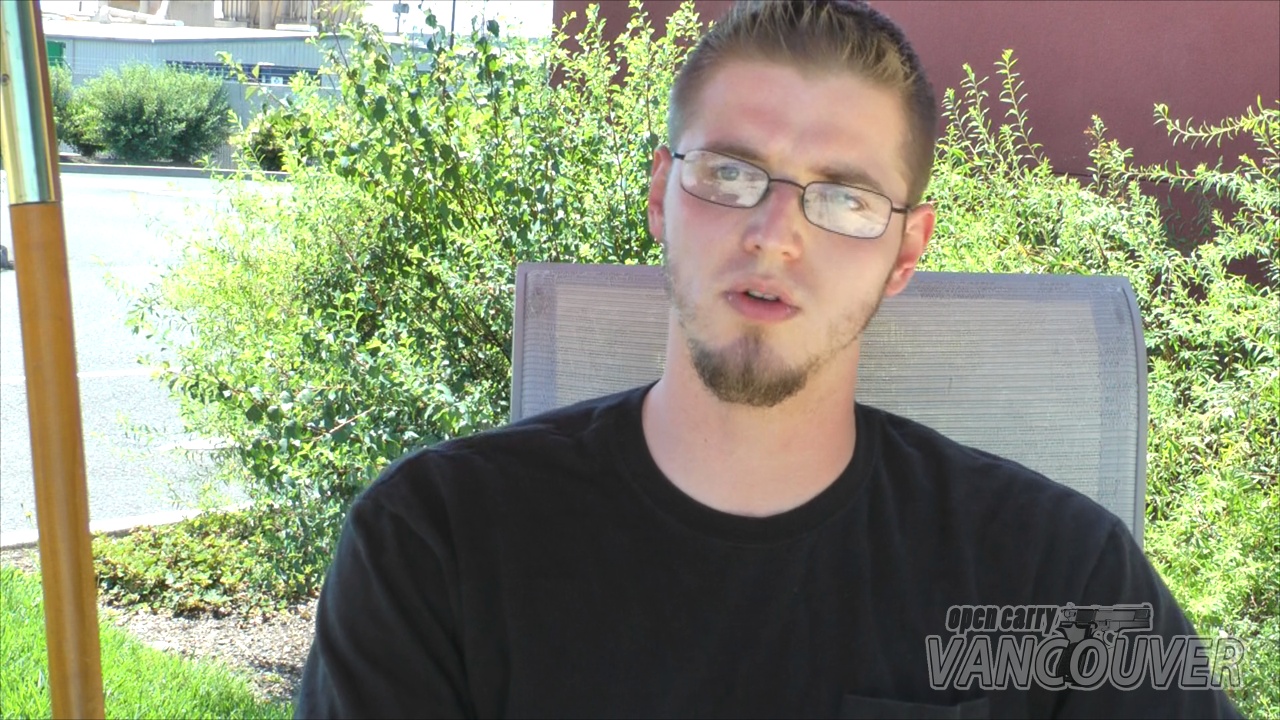 My name is Tony Thomas, founder of Open Carry Vancouver (Washington state), and I received this email on the evening of Sunday, June 30:

“My name is Mack Worley. I am a member of the NRA and a 2nd amendment activist. I served in the Air Force for 5 years and 9 months until I was medically retired. I have several medals during my time in the Air Force, one of which was for good conduct.

I was out yesterday by myself open carrying an AR-15. The only time I touched it was when I was directed by the arresting officers. I have the whole event recorded on my phone, which the Vancouver Police now have as evidence.

They stopped me from going back to my car after they told me to leave, then arrested me for trespassing as I was telling them I need to get to my car to leave. I was arrested on a public sidewalk for trespassing. As far as displaying the weapon, it was slung over my shoulder and I was not using it in a threatening manner.

As a former member of the military, I couldn’t believe how Vancouver Police reacted. I had several guns pointed at me and there is a laundry list of complaints I have about how they handled the situation.”

Since Vancouver police confiscated Mr Worley’s camera, documenting the entire interaction, I offered to meet him at a local coffee shop in the area, turn my camera on, and allow him to tell his story.