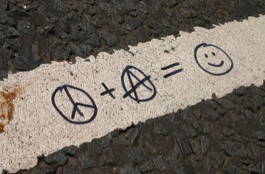 Radley Balko’s Rise of the Warrior Cop really is an amazing book, particularly for those of us who read and contribute to this site. I’ve been foll owing Ademo and Pete since their days in the Motor Home Diaries, and had started paying at least some attention to abuse by cops even earlier than that – and yet there are literally dozens of raids Balko discusses that I’d never heard of.

But it is a particular piece of his policy recommendation chapter that I want to discuss tonight. You see, police accountability was indeed one thing he mentioned in particular. He states the following, the closest he comes to mentioning us by name:

The public needs to start caring about these issues. The proliferation of “cop watch” sites, citizen-shot video of police misconduct, and coverage of police abuse incidents by a bevy of online media is encouraging. Another good sign is the fact that this growing skepticism of police has been accompanied by a decline in violence against police officers themselves. Activists are fighting police abuse with technology and information, not with threats and violence.

Obviously, we agree with the first sentence completely – otherwise we wouldn’t be interested in this site. We are the second sentence. But then he goes into the last two sentences of this particular quote, and that is where I want to draw some attention. Balko mentions how the growing skepticism (let’s face it, he was putting it nicely) of cops has not been met with a rise in violence against them, but indeed the opposite – even as more and more people distrust cops, fewer and fewer people are openly attacking them. We don’t fight them with violence or threats, we fight them with our video cameras and getting the information out – often at the cost of being caged and/or beaten ourselves.

Except that I’ve seen an all too common trend in comments on CB-related Facebook pages in particular of not just “fuck the police”, but outright calling for violence against them. I’m not going to name names here, that isn’t the subject of this particular post, and I’m not sure how Ademo, Pete, and others feel about what I am writing to begin with. But speaking personally, this is something that I refuse to tolerate in any way, shape, or form any longer.

I know not all who come here are Voluntaryists – indeed, at this point and forward we largely come from literally all across the ideological spectrum. Yes, I’ve even noticed some hard core GOP friends who are beginning to come around to our side to some degree or another. But I know Ademo, Pete, myself, and many others who contribute at various levels are in fact Voluntaryists, and I want to speak from that perspective at least briefly. Each of us has a slightly different meaning to what “Voluntaryism” means to them, but one core concept of it is non-violence. Some take this to higher levels than others. I personally vote, I know others who do not. But one thing I believe we can all agree on is that aggressive violence is WRONG. To me, that includes calling for violence against those who have never directly harmed you, as well as telling a victim they should harm their attackers well after doing so would be an act of self defense, at a time when it would more accurately be considered self vengeance.

Balko’s point hit me hard, because I feel that we as editors here on CopBlock.org and as administrators of the various CB-affiliated Facebook pages – in our desire to ensure as close to absolute freedom of speech as we can – may appear to others to in fact foster a sense that violence against cops is ok because so many cops step out of line.

Let me be perfectly clear: Obviously, defending yourself at the moment you are attacked by anyone, no matter their clothing or jewelry, is well within your rights and I encourage you to do what you can to end the situation peacefully, but if peace has gone out the window, to keep yourself and those you love alive. Going after someone who has attacked you hours or days later is no longer self defense, it is aggression, pure and simple, and it is NOT, repeat NOT justified, no matter what was done to you. Calling for violence against someone who has never directly harmed you is wrong, as is calling for violence against someone who has directly harmed you.

The tide in this struggle is beginning to shift in our favor. We must work to further that by doing as Balko says we are and acting peacefully at all times, even at the height of our passion. Our passion is what makes us strong, but it can be a glaring weakness if not tempered with our reason. We must be dedicated to peace at all times, even when those who oppose us would resort to threats and violence themselves. That is their way. It is NOT ours.

In general, we see this with the videos and stories we get here. Meaning that for the most part, the things we get where people are actually interacting with cops, those interactions tend to be peaceful on our side. We simply need to be aware that just as we watch PoliceOne and other sites for the less than savory things they do, they too watch us and look for any way to attack us – and having commenters call for violence against them is one easy target that can discredit our entire movement.

So please, chill out with the calls for violence against cops. “Disrespect” is one thing – many of us agree they’ve earned pretty much all the disrespect and scorn we can possibly heap upon them. But violence or threats of violence or calls for violence cross a line that should absolutely NEVER be crossed by our side.