This article compliments of Station.6.Underground. 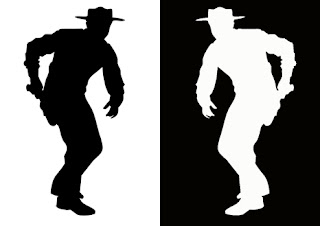 Let me tell you why I am furious over the Zimmerman verdict. Not because of the verdict, but because of the ignorant response. We have a much bigger fight to fight my friends, and we are being undermined by this sideshow designed to divide us, the real people.

It seems clear enough that the media, the powers-that-be and the willfully ignorant all have one thing in common. They want a race war. Keeping America divided along racial and political lines prevents us from coming together and directing our rage toward the real culprits behind the true injustices in our society.

Zimmerman is not a racist, this trial should have never had anything to do with race whatsoever. Zimmerman is not white, he is a Latino with black heritage, black foster siblings, dated a black woman in high school, had a black business partner, voted for Obama, and even went to jail sticking up for a black homeless man being beat up by police. Yet somehow the focus of this trial has swirled around race, rather then the facts of the case.

Whatever you choose to believe about the case, whether he was justified in shooting Trayvon Martin, whether you believe he was actually attacked, whether you believe the prosecution failed to make their case or not, this all boils down to one relatively minor incident in the overall scheme of things in this country. This is not to belittle the suffering of Travon’s family and friends, or even the hardships of those in the Zimmerman camp, but really, at the end of the day, this is one of thousands upon thousands of incidents that happen in this country every day. There is nothing particularly outstanding about this case, which is why the race-card has been pulled, to make it out to be much more than it ever really was.

Nevertheless, there is outrage over the incident and the acquittal, as misplaced as it really is. The country has never been more divided. But I ask you, where is the rage when it comes to the real issues? The issues that set precedent for us all? Where is the outrage against clear, unequivocal miscarriages of justices and government abuse of we the people? We the people, of all color and political ideals.

Where is the outrage over the fact that Federal authorities stormed a whole town, and ripped American citizens out of their own homes at gunpoint, house to house, like the Gestapo, without a warrant? Personally, I think this is certainly more deserving of rioting in the streets.

Families Ripped From Homes By Police In Watertown (VIDEO)

And where is the outrage over the fact that police and the Feds opened fire with machine guns on an unarmed man hiding in a boat? A man they didn’t even know whether or not was the actual Boston bombing suspect or not, and certainly had never proven he was actually guilty of anything. To this day, the only evidence we have seen against the Tsarnev brothers is a picture of them walking with a backpack on, just like thousands of other people there that day. But even if there was clear evidence against him, it was imperative that he be taken alive for questioning, in the interest of public safety, to make sure there was not a larger plot and to smoke out other potential conspirators. And whether or not he is actually guilty of anything, the police still have no right to murder an unarmed man, no matter what he has done or is accused of. So where is the outrage over that?

Bombing Suspect Was Not Armed

Not to mention all of the other irregularities and subterfuge surrounding the Boston Marathon bombing.

What happened out there in Boston, that is the real battleground for our rights, as a nation, and no one is rioting, no one is protesting, everyone is just following the government version of the story without question like good little sheeple and condoning the attempted murder of an unarmed suspect. That unarmed suspect could have just as easily been Trayvon Martin after all.

We all went along with the 9/11 story too, at first. And as the years have rolled by, more and more of us have woken up to the fact that we were lied to. Maybe we don’t know exactly what happened that day, but we know damn well we were lied to. And in the end, all we wound up with was a big fat tax debt for endless war, the liberty crushing Patriot Act, and Federal agents molesting children in airports.

Oh, and speaking of molesting children…

Cop Who Molested Daughters Gets No Prison

Oh, and speaking of terrorism…

Is the FBI a Terrorist Organization?

But we don’t even have to look at big massive (and very real) conspiracies like this to be outraged. Where is the outrage over the rights of the few, the patriots, the people like you and I of every race, creed, religion and background?

Where was the outrage when this man faced decades in prison for exercising freedom of speech and freedom of the press to reveal police brutality against a child in a school? Where were the protests in the streets across the country when this man was convicted, setting a precedent that takes away the free speech of all of us, black, white, and across the board?

Freedom of Press Now a Felony In America

Where was the outrage when virtually the entire northeast, and anywhere within a hundred miles of a US border were delcared a Constitution-Free zone?

Where was the outrage when we learned that 34,000 people had been wrongfully convicted after being set up by just one single corrupt lab technician?

Crime Lab Scandal Could Put 34k Felons Back On the Streets

And of course the drug scandals with cops are incessant. In my home county alone there have been two high profile cases recently.

Okay, fair enough. But what about when the FBI is complicit in plans to assassinate American protesters?

Or when the cops plan to mass murder eachother?

Or when cops shoot a man sleeping in his own bed?

Or what about when cops get medals for shooting up the wrong family during Christmas?

Or what about when cops do actually kill people, in their cars, in their own homes, in front of loved ones without proper cause?

After two tours in Iraq, Marine murdered at home by SWAT in front of family

In this Florida case, a man was shot dead in front of his girlfriend after he opened the door with a gun in hand, defending his home against unannounced intruders. Police freely admit that they did not identify themselves as they tried to pound in the door to the residence.

Cops Deny Negligence After Killing Innocent Man in His Home

And in this case, police shot a man dead after an unannounced entry on a no-knock warrant for a person they admit they knew full well that she no longer resided at that location.

And in this case, a tourist was tortured to death in a Florida jail.

Police Torture Tourist to Death, No One Charged

Then again, sometimes there are fates worse than death.

Man Held In Solitary For Two Years Without Trial

And sometimes rape does not require penetration. In this case, a schoolteacher was brutalized and stripped naked by jail guards after she called 911 for help after being the victim of a violent assault at her home.

Oh wait, I get it. A lot of these cases show white people being brutalized by the system. That doesn’t count, in some books. And even though Zimmerman was neither white, nor racist, we are gonna spin it that way.

Don’t believe the hype people. We are not eachother’s enemy.

I am a white dude that grew up listening to rap and hip-hop, in a deliberate effort to break down lines of racial hatred. I still love my ol’ school jams, oxtail, and friends with soul.

Do the cops racially profile? Yeah, probably, to some extent. There is a moron in any bunch. But I will tell you this much. I have been that 17-year old troublemaker out there on the block that got profiled for my urban apparel. It’s not the color of your skin, it’s the uniform you wear.

Zimmerman himself told 911 he wasn’t sure if the “suspect” was black or not. He wasn’t profiling his skin, he was suspicious of his movements, that he was out of place. Zimmerman was “profiling” mode of dress and walk, body language, not melanin.

As I said, I am a white dude. But when I dress and step like I am a “f*ck the system” sort of dude, it should come as no surprise that people take notice there is a thug mofo in their midst. You don’t want to be profiled? Dress like a herb and don’t step like a G.

In other words, don’t drive around with a “funk da police” bumper sticker and then act like you were singled out for no reason.

In short, where is your rage, your anger, your protests, your riots, over the very real issues that keep us all down? It’s not black vs. white. It’s liberty vs. fascism.

I could share hundreds, thousands of instances of corruption and injustice. Why are we not protesting, rioting, revolting? Why are we so divided over one case of violence that is so ambiguous?

Some of the articles I have already shared are duplicated in this article, but there are videos and links that were not included here, that were shown in the following piece:

Are American Cops Out of Control?

Also see the feed of police corroution that boils to the surface on a daily basis.

Also see this blue jeans outfit of badasses keeping the fires of liberty burning at: