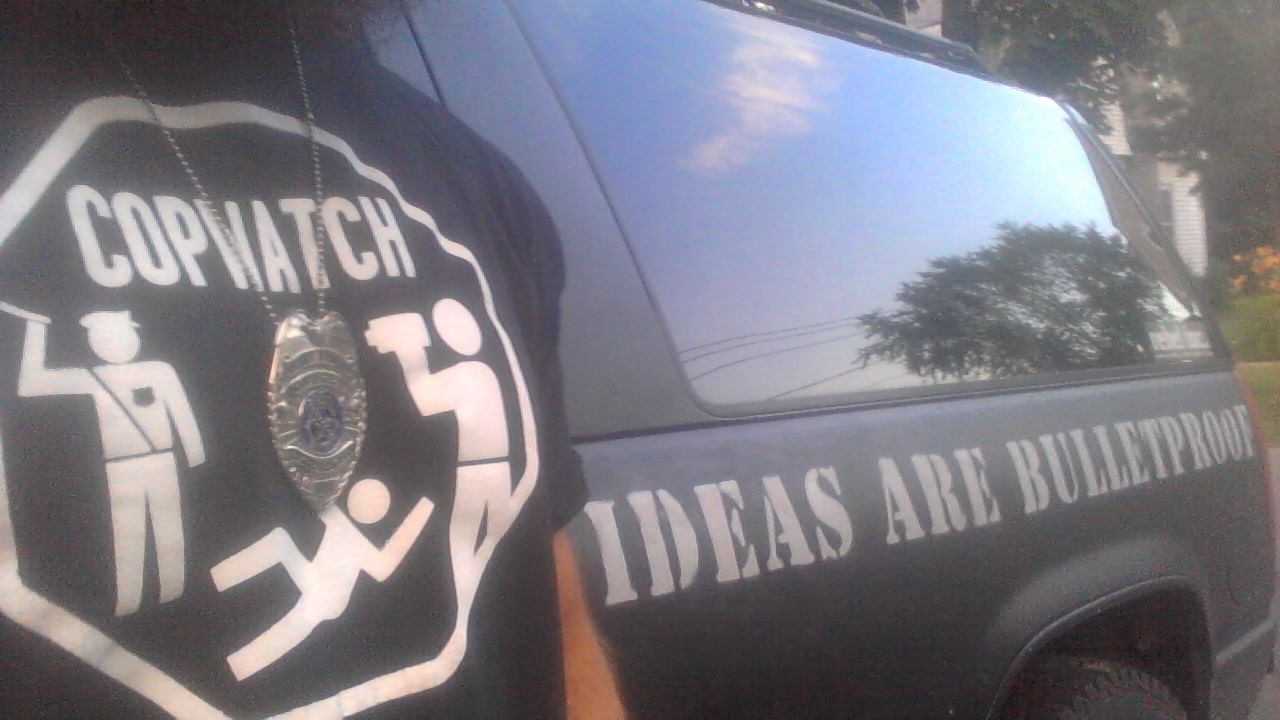 “Maybe if everyone had a badge people wouldn’t assume those with them can do whatever they want??” – so posited Ademo Freeman in an update to Facebook.com/CopBlock to announce the existence of the “Natural Law Enforcer” badges, which read “Shiny Badges Don’t Grant Extra Rights”

A few months back our bud Davi Barker of Shiny Badges inquired our interest in collaborating to get-created these beautiful, individually-numbered, conversation-provoking badges. We jumped at the opportunity. First unveiled in late June at PorcFest where they promptly sold-out, we’ve since re-upped, so you can now secure your own badge via CopBlock.org/Store

For 20FRNs you can get the next-available lowest-numbered badge, or, for 5FRNs more, you can choose the number that has special meaning for you:
Buy Now
Buy Now

If you want to pay in Bitcoin, head over to ShinyBadges.com. Our inventory, now up to badge #200, will soon increase to #419. Badge #420 will be set-aside and used as a fundraiser for Rich Paul – we’ll let you know when that happens.

*note, some folks have expressed concern that donning one of these badges may place the wearer at risk of being kidnapped/caged for “impersonating an officer.” Unless the wearer claims to be a police employee that is very unlikely, and if it were to happen (and it was made known) I’m sure a lot of folks would come to their aid. I know I would.

Think about this though – today police employees are said by their friends in legaland to have the “right” to dress-up as non-police employees and to communicate to others that they’re in fact not police employees (and to operate on your stolen money while doing so), but if the inverse is done it’s said to be criminal. Doesn’t that make for two classes of people? That’s not the type of community in which I want to live.

Ultimately it’s my hope that these badges cause people to think – to realize that no person has any more or less rights than any other person. In fact, all the conversations I’ve had with others who comment about my badge have been positive – in the least eliciting laughs, agreement and many times personal stories of double-standards seen or experienced. That’s why I feel so strongly about the positive impact that can and is being had when we connect, and each recognize and act according to the fact that badges don’t grant extra rights and that when their is no victim, there is no crime (even if man-made legislation is not obeyed).