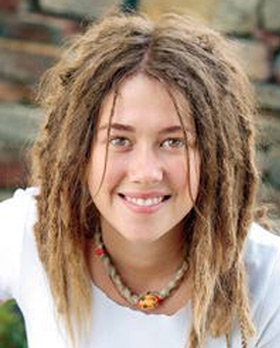 Around 3PM, my roommate and I were leaving our apartment; he was driving me to my doctor’s appointment because I still felt a little woozy from a night out. I had noticed the cops turning around in the parking lot when I was looking before crossing. I got into the passenger’s seat and craned my neck to check where they were, just to see them park perpendicular to the car, blocking us in. One officer started questioning my roommate and said they stopped us because it looked like we were in a hurry to leave. I told them I was running late for my chiropractic appointment and I chuckled because it was a silly excuse for stopping someone. I told him being in a hurry in a residential area is not reasonable cause and asked if we were free to go.

He then began questioning me about my appointment – why I was going, how I got my injury, asked about the accident. As I answered each question and continually stated I was late and asked if I could go, he asked for my ID. Trying to comply, I searched for my wallet. I did so kind of frantically because, as mentioned, I was running late and I was trying to get them to leave me alone ASAP. He then asked me what I was doing, ordered me to stop, turn around, roll down my window and talk to his suddenly-appearing partner who spooked me while the first officer kept yelling at me to roll down the window, even though the car was completely off. The second officer then started yelling at me about something, opened my door for me, screaming at me to get out of the car.

I got even more flustered and frustrated. They were doing that and being quite hostile, so I muttered under my breath and called them rude mother f-ers. The second officer asked me what I had said. I tried to collect myself, and, cleaning it up, told him I thought they were being completely rude. He began demanding I tell him what I really said, so as calmly as possible, I did. I told him the situation was getting ridiculous and that I wanted to call my lawyer. He ignored me, gave me a lecture about screaming obscenities around children, (I definitely did not scream, and any kids were still on a bus home) so I kept quiet. I complied when he was asking me my name and address, but was confused about why he was asking for my telephone number and refused. I told him again that he had no right to question me, that I was done dealing with him and exercising my right to remain silent.

I sat back in my vehicle and he started to physically yank me out of my car. It frightened me and I tried to crawl away. He then proceeded to grab both of my legs and yank me out of my car. I hit my head on my door and landed straight on my back. He then flipped me over, pulled my hair, and pressed his weight on my back setting off my pinched nerve. He tried to get me in handcuffs, but I was unable to move because of the injury and him on top of me. They did call the fire department to come talk to me about it, but when I tried, the cop began yelling at me and calling me a liar, so I stopped talking. The cop told me I had to go to the hospital before they could take me to jail, even though I implored him not to. They stayed in the examination room and intimidated me to prevent me from telling the truth to the doctor. When I finally got to the jail, they and the other cops acted as if I truly tried to physically fight them.

Even when I’ve tried to work out the hospital bill with them, I was told they do not cover the bill for people who fight officers. The injury was so bad that when the shock wore off in the jail, I was barely able to move, bend, or walk. Even the guards were worried about me and were surprised when I told them what happened. I am now facing two counts of obstruction and one count of disorderly conduct-fighting words.

The facts that make this interesting are that I am a white female with dreadlocks, was wearing a tye-die shirt and blue jean skirt, both cops were black, and it’s recently come to light that there is a steroid problem at this particular precinct. If this wasn’t profiling at its worst, then I don’t know what is.