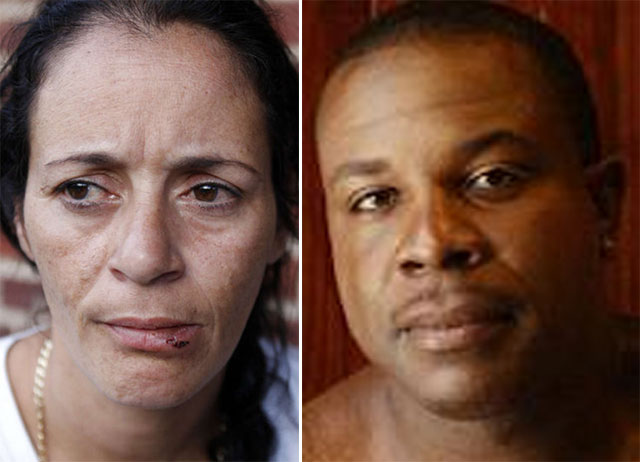 Although several articles and comments about crooked Philadelphia police officer Jonathan Josey have appeared at this website, many shocking facts about him were omitted. The most important fact is that, according to a police website, Jonathan Josey is about to be rehired. As many of you are aware, Josey was CAUGHT ON VIDEO feloniously assaulting and falsely arresting an innocent, petite female, Aida Guzman. Google the viral video to watch this extreme and unprovoked police brutality against a completely law abiding citizen.

Josey is the recipient of dozens of prior, covered up, formal and informal citizen complaints for robbery, false arrest, aggravated assault, and even murder (he fatally shot an unarmed man in the back). Josey faced a sham prosecution for the Guzman assault. An extremely weak case, replete with gross undercharging, was presented to a corrupt Philadelphia judge, Patrick Dugan. As expected, Dugan acquitted Josey despite the video evidence definitively proving his guilt! Dugan’s wife, Nancy Farrell Dugan, is a complained-about Philadelphia police officer, a blatant conflict of interest. After Josey’s not guilty verdict was announced, hundreds of cops in the courtroom cheered, a reaction that screams volumes about the EXTREME contempt that Philadelphia police officers have for their taxpayer victims who ironically pay them for PROTECTION!

Taxpayers paid victim Guzman $75,000 to settle her lawsuit against Josey. Criminal charges against her were dropped. By default of the police labor agreement, Josey is about to be rehired with full back pay. In other words, Officer Jonathan Josey’s “punishment” for brutally assaulting an innocent woman will ultimately be a paid, months-long vacation. Josey has many other victims, including James Lewis and his two teenage sons. Josey and four other Philadelphia cops robbed and violently assaulted them, then falsely arrested them to cover it up. The dirty cop thugs also vandalized Lewis’ car, causing over $30,000 worth of damage. Even Philadelphia’s sleazy, inept, corrupt, crooked prosecutors decided to refrain from pursuing the bogus case against the Lewises, eventually dropping all charges against them after they hired world class attorney Dennis Cogan. The Lewises are now suing the officers involved.

All of the aforementioned claims are true and correct; they can easily be verified by googling newspaper articles. Amnesty International recently suggested that Philadelphia is home to the world’s most crooked police force. With cops like Jonathan Josey having carte blanche to rob, frame, assault, and kill, is that characterization really a surprise?