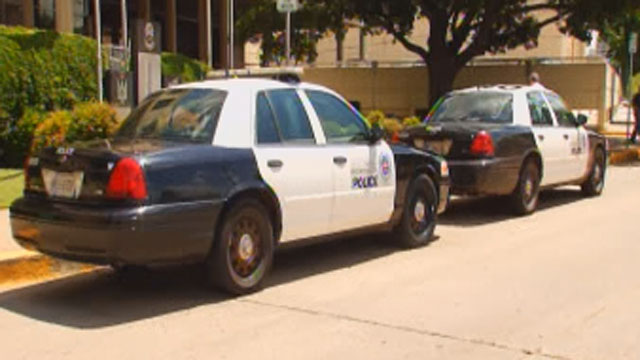 Via CopBlock.org’s ‘submit‘ page, an anonymous submitter shared the following article which was originally published at www.News9.com.

As you read, think about all of the victims of the theft ring mentioned, and how much distress was caused in their lives when their vehicles were stolen. The claim is often made that police are paid to protect you; if that were true, why would they waste their time (your money) harassing victimless “offenders” rather than actually protecting you from people whose intent is to harm you or steal from you? -Kate
Testimony in the case against a multi-million dollar theft ring exposes potential wrongdoing by an Oklahoma City Police Captain.

The newly retired police captain allegedly turned a blind eye to the operation while still on the force. Three people are indicted in the case. Although, the retired captain is not charged, a judge called the captain’s actions “fishy” during a sentencing for defendant Brandon Riggs.

The investigation into the multi-million dollar theft ring is referred to as “Operation Power Stroke”. Testimony in federal court could explain how the operation got its name.

A self-professed career criminal, Eric Hayes described the scheme. He would steal ford trucks, swap VIN numbers or chop up the vehicles, and then sell off the parts. Hayes also told the court an OCPD Capt. Jay Digby saw him do some of the chopping.

“He looked at it, turned around, and walked the other way,” Hayes claimed.

Federal prosecutors suggested Digby helped the criminals dupe the Oklahoma City Police Department because of he was friends with Brandon Riggs, one of three defendants named in the federal grand jury indictment.

OCPD officer Jay Jones also testified, explaining his superior, Capt. Digby, forced him to sign off on a falsified police report for stolen property. His testimony also revealed when OCPD initiated an internal investigation. Jones also said Digby allegedly questioned him about what he said to internal affairs.

In response to the allegations, the Oklahoma City Police referred to department policy, “We do not comment on cases actively going through the court process and it is policy not to comment of administrative investigations unless it results in loss of pay, demotion, or termination.”

However, testimony revealed Digby retired approximately one month ago. As for the three indicted, all have pleaded guilty. In the first sentence hearing, Riggs was sentence to five months incarceration and five months of house confinement.

Eric Hayes and Brian Routt both testified for the government in Riggs sentencing hearing in exchange for leniency in their upcoming sentencing.