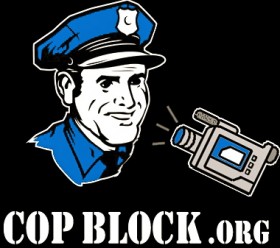 CopBlock.org’s submit page notes that if you choose to share relevant content posted elsewhere, but do not include one or two paragraphs of your own thoughts with the URL,  your submission will be deleted. As there was such a great number of URLs shared this week without thoughts from the submitter, I decided to share a handful of them.

A 6-year veteran of the Orange County California sheriff’s office has been charged with pepper spraying a teen’s pizza. He did it without the knowledge of the teen, who was pulled over for a minor traffic violation. Several became ill after eating the pizza.

As it turns out, there is more to the story about the anti-terrorism task force’s visit to the family who was suspiciously Googling backpacks and pressure cookers…

Clemons had been on the Mansfield PD force for 24 years, and if convicted of all charges is looking at decades in jail. Mansfield, Ohio has a long history of corruption in both the police and county sheriff’s office having been sued multiple times in court and forced to pay millions of dollars in settlements for abuse and civil rights violations.

A California police officer shot and killed an unarmed 22-year-old homeless man at a shopping center earlier this week and an eyewitness captured the murder on cell phone video.

http://www.dailymail.co.uk/news/article-2384192/Police-officer-shoots-kills-unarmed-homeless-man-Hans-Kevin-Arellano.html
An Illinois sheriff’s team is crisscrossing the Chicago suburbs in an effort to seize guns from thousands of people whose “right” to own a firearm has been revoked, the Chicago Sun-Times reports.

NYPD Officer Paula Medrano, who was at the wheel of a police van that hit and killed a middle school teacher Saturday, was seen talking on her cell phone during the accident, sources said.

Roy Middleton, 60, was looking for cigarettes in the car parked at his house in Florida when a neighbor called 911. Police arrived as Middleton was still searching, and they ordered him to put his hands up. He raised his hands and turned around when police opened fire, he said. “It was like a firing squad. Bullets were flying everywhere,” said Middleton, who fortunately escaped with only a gunshot wound to his leg, for which he was hospitalized. A teenager who witnessed the shooting said police fired with no provocation.

An ‘Officer of the Year’ for the Indianapolis Metropolitan Police Department is now under investigation after security footage was released showing him attacking a 60-year-old man who was just reporting a burglary.