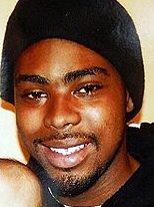 As I sat in theater 16, waiting to watch Fruitvale Station, the film about Oscar Grant’s last day, before he was shot and killed by a BART police officer Johannes Mehserle, in Oakland, California, on January 1, 2009, I couldn’t help but wonder if the other 4 people in the theater realized that less than 10 miles from the big movie screen in front of us, the Rochester, NY Police department has the blood on their hands of Rochester’s own Oscar Grants.

Like Denise Hawkins, who was shot and killed by Rochester Police officer Michael Leach, as she ran from her abusive boyfriend.

Or Alicia McCuller, who was shot and killed by Rochester Police officer Thomas L. Whitmore, who, according to neighbors, after shooting McCuller, stood over her, and fired a second shot into her, as she lay dying.

Or Calvin Greene, who was unarmed when Rochester Police officer Gary E. Smith shot him three times, at close range, killing him instantly.

Or Vandy Davis, a 21-year old father of three young children, shot and killed by Rochester Police officer David Gebhardt, who claimed he accidentally tripped over an extension cord, causing his shotgun to go off, striking Davis in the chest,

Or Israel “Izzy” Andino, a mentally-ill young man, shot by 7 Rochester Police officers, on his 20th birthday, in what neighbors described as a modern-day firing squad.

The memory of seeing Izzy’s dried blood on the sidewalk where his body lay uncovered for almost 8 hours, is still etched in my mind.

I went to see Fruitvale Station, for the same reason the film’s director, Ryan Coogler, made the movie.

Because I wanted to know Oscar Grant.

I wanted to know him as more than just a name.

I wanted to know him as more than just another innocent African-American, or Latino young man shot and killed by a white cop.

Coogler helped me do that.

But throughout the movie I also did something else.

I thought of all the innocent victims, killed by Rochester Police officers.

I thought of their stories.

I thought of their familes.

And I thought of the children some of them left behind.

Throughout the film, I just couldn’t help but to think of Rochester, NY’s own Oscar Grants.