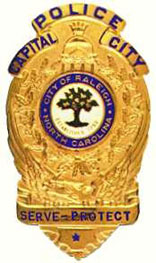 An anonymous submitter shared this post via CopBlock’org’s submit page.

On June 30 2013, Detective Marvin Faulcon assaulted my minor children. This was the first court ordered overnight visitation between Detective Faulcon and the children in over five years. He beat them with a belt and belt buckle.

This was brought to the attention of Wake County Family Court Judge Lori Christian on July 8, 2013 as well as the parenting coordinator Leigh Stallings. Photographs of the children’s injuries were entered into evidence at this hearing.

Per Judge Lori Christian, Detective Faulcon is not to have any contact with the children or allowed to attend any of their school or extracurricular activities until his completion of a parenting class and she has deemed him safe to do so.

Raleigh Police Department has also been made aware of Detective Faulcon’s abusive behavior as far back as 2008 and has continued to turn a blind eye. He has been allowed to verbally, physically and sexually assault me. I was not given any protection from him by Raleigh Police Department. Out of fear for my safety, I was forced to leave Wake County but I refuse to let my children continue to be his victims.

Detective Faulcon has a history of abusive behavior. For years I was the victim of his abuse, now my children. My concern is preventing any further abuse, not waiting to see who his next victim will be. I will pursue this matter to the fullest and will tell my story to any and every one that will listen. I plan to reach out to each and every Domestic Violence agency within Durham and Wake County until I am heard and this man is no longer allowed to carry a gun.

The facts are that Raleigh Police Department has an employee that is supposed to “serve and protect” yet he has abused his own. There has been a lack of protection that was provided to me as a City of Raleigh resident. His own children are not safe in his care yet he continues to be entrusted to carry a gun and “protect” the lives of others. Please do not allow Detective Faulcon access to other victims under the authority of the Raleigh Police Department.