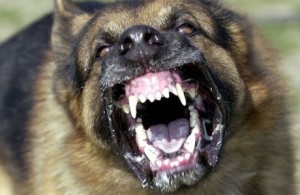 The police state is growing…

Police State USA‘s ‘About‘ page states: “Our mission is to educate and inform the public about the dire situation this country faces. Our liberties are being systematically destroyed and the power of the government grows by the day. We cannot win our liberties back without popular support, and most of the public is still unaware and apathetic. The more people who wake up, educate themselves, and prepare, the better off we will be in the future.”

The following article, which is horrifying on so many levels, was published at www.PoliceStateUSA.com on August 24, 2013.

LIVINGSTON, MT — A kitchen manager visiting his place of work after hours was mauled by a police attack dog, which was released into the property with the purpose of seeking out and attacking anyone it found.  Police defend the actions of the dog, saying “He did what he was supposed to do.”

Mark Demaline manages the kitchen of Park Place Tavern in Livingston, and on August 22, was visiting the business at 2:00 AM, which he often does, to eat before going home.  His routine visits are brief, as he makes a quick salad, grabs his laptop, and leaves.  He does not lock the door while in the tavern, reports the Livingston Enterprise.

Unbeknownst to Demaline, police had decided to perform a “standard downtown security check,” which involves entering a private business without probable cause or a warrant, snooping around inside and releasing an attack dog to sniff out intruders, without permission from the owner.

Mark had prepared himself a take-home salad and prepared to exit the building, with food and drink in hand. A strange black dog approached him.

Being a dog lover, Demaline greeted the dog, “Hey puppy.”  The dog lunged at him and sank its teeth into his leg, gnawing his flesh with repeated bites.  Mark dropped everything and began screaming and trying to restrain the attack dog.

Just then two Livingston police officers appeared, taking control of the dog and cuffing Demaline, dragging him outside for an interrogation.  A phone call confirmed he had permission to be in the building, unlike the police officers and their violent dog.

“It’s just way out of line — the excessive force of this dog,” he said.

“It’s acceptable for the dog to confront anybody in the business at that hour,” Police Chief Darren Raney said, claiming police can enter any private property if it is unlocked.

“When the dog finds somebody in the building, he’s going to secure him, and that’s what happened,” he added. “He did what he was supposed to do.”

The police offered no sympathies or apologies to the cook, who had to miss a week of work, and incurred hospitalization bills and many personal inconveniences.

If you would like to give feedback to the Livingston Police Department on their use of warrantless searches, indiscriminate use of force, and their callous treatment of their victim after the attack, please contact them at the number below.