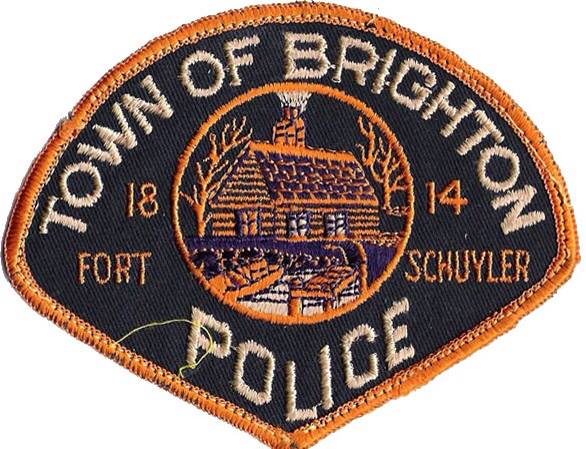 According to Brighton, NY Police officer Jose Caraballo, a vehicle that ran out of gas, belonging to an African-American man looked suspicious, so that gives him the right to not only ask the man for ID, but also his passenger, who just happens to be African-American as well.

As I was getting home Sunday night around 9:30 pm, I noticed a Brighton, NY Police cruiser, on the wrong side of the road, with its spotlight shining in the face of an African-American male sitting behind the wheel.

As I observed further, I saw officer Caraballo, and his partner Barth, asking the man for ID.

The man explained to the officers that he ran out of gas and that his friend had gone to look for a gas container in order to get gas.

The officers then ran a “29” on the male driver, which basically means they radioed dispatch and ran the man’s name, and birthday, to see if he has any warrants, or is wanted in connection with any crimes.

Then, after both officers trying to play it off, by making small talk, they do it again!

As the man’s friend approaches the Chevy Trailblazer, officer Barth wastes no time in asking the man for his ID, also running a check on the man!

Watch in the second video as I ask officer Caraballo, is it standard practice to ask motorists for ID when they run out of gas.

Officer Caraballo then tries to change the subject a bit, and evade my questions to him, even bringing up that my vehicle was recently broken into, in order to justify his and his partner’s actions.

Caraballo is the same officer who hung up on me, a couple of years ago regarding an issue where I needed assistance with a visitation order for my child, so I’m really not at all surprised at his actions.

I just wonder had the men not been black, and fan out of gas, would they have been asked for ID.