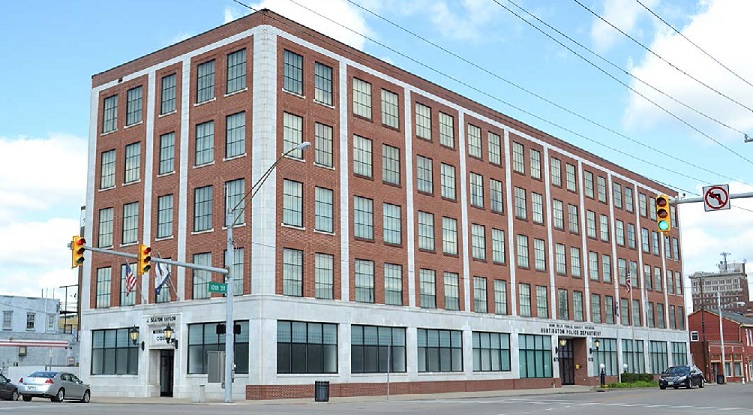 HUNTINGTON – A self-proclaimed investigative journalist has agreed to settle his lawsuit against the city of Huntington alleging police violated his constitutional rights when they arrested him nearly two years ago for filming a traffic stop.

Repeated telephone calls left with Pniewkski’s legal team of A. Courtney Craig, Connor D. Robertson and Richard Weston were not returned by presstime. Also, Scott McClure, the city‘s attorney, was not immediately available for comment.

According to the suit filed Aug. 24, Pniewski witnessed Cowell, Leist and Bentley conducting a search of a vehicle and its occupants in an alley off Northcott Court in the Fairfield West project on Sept. 29, 2011. In his capacity as a “freelance investigative journalist,” Pniewski, 58, who lives nearby on Daulton Ave., began filming the search.

Shortly thereafter, Pniewski was approached by Officer Dana Cowell, who inquired as to what he was doing. In response, Pniewski said he was “videoing for the purpose of community response and to assess if the officers were conducting their job properly.”

At that point, Pniewski inquired if he was not allowed to film the search to which Cowell allegedly replied “Yes.” After that, Pniewski says he backed away further.

When Cowell again ordered him to leave the area, Pniewski offered to back up even further, and inquired why he had to leave, he says. According to the suit, Cowell said he was concerned for his safety.

To help alleviate his fears, Pniewski says he offered Cowell to search him. Instead, Cowell arrested him, allegedly saying “It’s this simple, I told you to leave the area.”

After being placed in the cruiser, Pniewski says he asked Cowell to call 911 as he was experiencing chest pains. When Cowell denied his request, Pniewski then kicked the rear passenger window of the cruiser and demanded medical attention, the suit says.

Eventually, Pniewski was taken via ambulance to Cabell Huntington Hospital and “treated for his chest pain, elevated CK and myoglobin enzyme levels, and wrist lacerations from handcuffs placed too tight.”

According to the suit, Bentley took possession of Pniewski’s video camera after Cowell arrested him. Shortly thereafter, he, Cowell and Leist huddled around it before one of them allegedly erased the footage he shot.

Despite the allegations one of the officers erased the encounter, a six-minute video of the search leading to Pniewski’s arrest was posted on YouTube and linked to Photography is Not a Crime, a pro-First Amendment Web site.

While at the hospital, Cowell went to Cabell Magistrate Court and obtained arrest warrants for Pniewski on charges of destruction of property, disorderly conduct and obstructing. According to court records, the charges were dismissed on Jan. 12, 2012.

Along with unspecified damages to compensate him for the violation of his civil liberties, and hospitalization, Pniewski sought a court order compelling the City to implement a policy instructing officers on the First Amendment right citizens have to record them performing their duties, and the proper elements to charge someone with obstruction. In the suit, he alleged it is a routine practice of HPD to make a “phantom charge” of obstruction “as an add-on to other charges” in hopes of gaining a conviction.