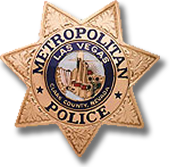 On August 24th, 2013 I was at downtown Fremont in Las Vegas when I passed LVMPD detaining a man. I began to take photos, until Officer Brown turned around and claimed that I was not allowed to record without consent; a short verbal argument occurred with no resolution. Later that night, I approached Officer Brown and his partner Officer John Shevlin while recording. I asked Officer Brown why he was lying about there being a recording law. Initially, he ignored me, then told me I was entitled to my opinion. I followed Officer Brown and his partner to a crosswalk. When the walk symbol illuminated, I crossed the street behind the officers legally. Upon reaching the other side, Officer Shevlin accused me of jaywalking, despite the fact I had crossed legally, despite the fact the officers had their backs to me, most importantly despite the fact I had crossed at the same time as them. I was cited and plan on fighting the ticket in court.

An internal affairs investigation is currently being conducted against both officers. While I was being detained, a couple stopped and began to ask myself and the officers questions; they had noticed I was been wearing a CopBlock T-shirt and called the officers out on discrimination. They were told to stay back 20 feet; the woman refused and asked which law stated such distance. At this point, her male friend was trying to deescalate the situation. He tried to convince the female to comply. Without provocation, an officer used force against the man and handcuffed the woman. She was later released with out any charges after speaking to Sgt. Fickler of LVMPD, the supervisor of the downtown command. I personally must say that Sgt. Fickler was incredibly polite and professional throughout the entire encounter.

Here is a video of the event: http://m.youtube.com/watch?v=8ILzMPoYAws.