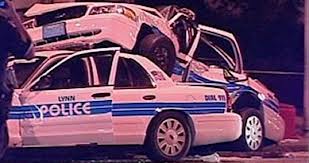 A man has died after being shot by Lynn police in a struggle.

The Essex County District Attorney’s office announced the man’s death and identified him as 30-year-old Denis Reynoso of Lynn. The DA’s office said it is investigating the shooting as is protocol.

Police Chief Kevin Coppinger said at a news conference earlier the man was shot late Thursday morning after three officers went to an apartment at the Kings Lynne complex on Newcastle Street for a report of disorderly conduct.

Coppinger said an officer shot the man when he allegedly grabbed another officer’s gun. He said three officers were treated at Union Hospital for minor injuries and released. They are on paid leave.

Neighbors said Reynoso was a National Guard member who lived at the complex with a woman and their two children.

I, Chris Ponte, founder of Oregon Cop Block, happen to have grown up in Lynn, Massachusetts and received this news tip from an ally of mine back in Massachusetts, Estee Nack, who knows Denis and says this disabled man is not the type of person to fight anybody, especially the police right in the house in front of his children.

Check it out people. I know firsthand how it goes down when shady Lynn Police enter a man’s home without a search warrant, search, question, and beat you with out probable cause.

SIMPLY… This is looking all too common – another case of corrupt cops shooting military vets in their own house in front of their CHILDREN! Hey, LPD, need a few weeks of paid vacation? Well, then murder a man without justification and your wish is granted.

Thank You Estee for bringing this story to our attention.

Please contact me at OregonCopBlockers@gmail.com if anybody can help this man’s family get justice or some answers to why these monsters murdered this man.