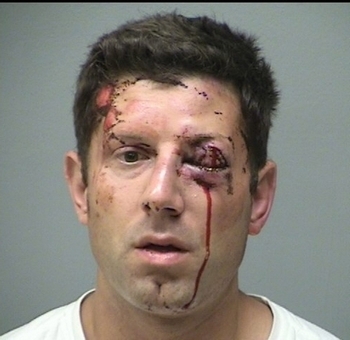 Three Manchester, NH police officers involved in the severe and savage beating of Christopher Micklovich in 2010 have petitioned the Hillsborough County Superior Court in Manchester to order the States Attorney general and county attorney to remove the three officers names from the Laurie list. The hearing was held in front of Judge Garfunkel. The three officers who say it is unfair they are on the list for excessive force among other reasons are Manchester, NH police officers Jonathan Duchesne, Matthew Jajuga, and Micheal Buckley. The officers’ attorney John Krupski argued that being on the list makes these officers out to be liars; the Superior court has not yet made a ruling in to whether these three officers who abused the badge and a citizen will be taken off the NH Laurie list. Assistant Attorney General for the State of NH, Jane Young, stated in court, “No disrespect, your honor, but even if you say the officers’ names have to be removed from the Laurie List, I know it and I will still turn the officers names over in each and every case until the Supreme Court tells me differently.” Jane Young argued that Jonathan Duchesne, Matthew Jajuga, and Micheal Buckley should remain on the NH Laurie list, which is for law enforcement officers with credibility issues, discipline issues, and who use excessive force. The lawyer representing the three officers stated, “It is a stigma that follows you when you’re on the Laurie list; people think you are a liar.” These three officers brutally beat a man who required surgeries to repair the broken bones in his face. They deserve not only to be on the Laurie list, but to lose their jobs, and do some prison time.