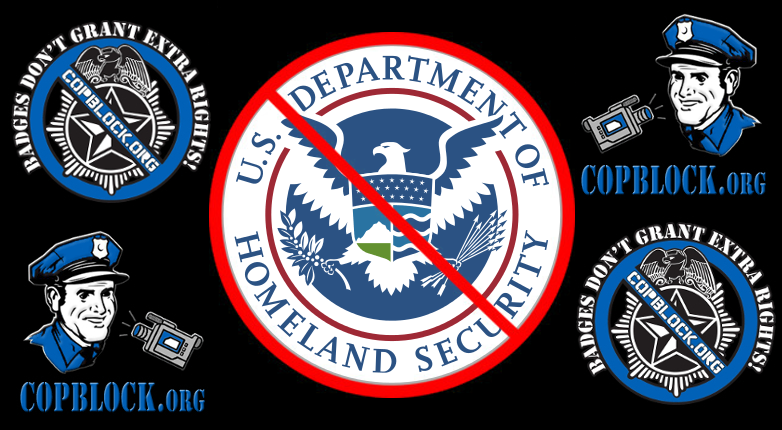 The following post was shared with the CopBlock Network by MikeBlueHair of ‘Film The Police Portland” (also known as “FTP PDX”), via the CopBlock.org Submissions Page.

This post involves the (mis)treatment of homeless people in Portland by federal agents working for the Department of Homeland Security. In this particular instance the DHS agents have been witnessed conducting illegal searches and demanding ID from those homeless people living within the city. Homeless people are often bullied and targeted by law enforcement on all levels of government.

This is, of course, not limited to the city of Portland. Also, while it is not as prevalent or as extreme it also isn’t limited to homeless, either. As is mentioned within the post, that (along with the sense of decency that you hopefully have) is a reason that even those who are not homeless should oppose such acts by government agents.

Published By Arran Edmonstone on September 16, 2013

For several months, homeless people have been camped out in front of Portland City Hall and across the street, at the federally-owned Terry Schrunk Plaza and subject to routine searches by the Department of Homeland Security. Some of the homeless rights advocates have pointed out the searches are in violation of civil liberties and waging a court battle at Portland City Hall.

This film contains footage from one of those raids with the DHS agents “just following orders”, in addition to a cop watching patrol with FTP Portland’s Mike Bluehair.

A message from a fellow Cop Watcher:

“I wish in my heart of heart that when the least of our society are oppressed, we the people would react as if the system were trampling our own rights. Because the harsh truth is this. If we do nothing when the state attacks the right of others they are in essence violating the rights of us all. Don’t tread on me be damned! DON’T TREAD ON US! Much Love!”

Here’s the link for part 1:

Here’s the link for part 2:

Here is more footage of the Department of Homeland Security performing a routine search on the belongings of homeless people camped out at Terry Schrunk Plaza in downtown Portland, between Portland City Hall and the newly constructed “green” and “sustainable” Edith Green/Wendell Wyatt Federal Building.

Throughout the video, one of the activists present there, who is also a livestreamer and paralegal, lets the DHS know they are violating a 1983 Supreme Court ruling, Kolender v. Lawson. According to Wikipedia’s page, it concerns “the constitutionality of laws that allow police to demand that ‘loiterers’ and ‘wanderers’ provide identification.”

It’s also worth noting that moments before I began filming one the DHS agents, the tallest of all of them promptly grabbed the papers from the hands of the Livestreamer with the Supreme Court ruling printed on them and threw them on the ground.

Here is the link to Wikipedia’s page with more information:
https://en.wikipedia.org/wiki/Kolender_v._Lawson