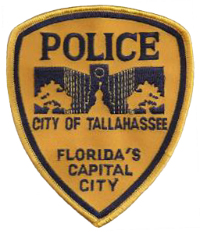 This post was shared by The Tallahassee O via CopBlock.org’s submit page.

Tallahassee’s Police Chief Dennis Jones recently resigned after being forced out of position by the City Manager Anita Favors Thompson. This was after Tallahassee’s second major scandal since 2008. Rachel Hoffman was a police informant under police care that was murdered by two drug dealers after buying small quantities of pot for her and her friends with TPD threatening her with arrest if she didn’t become their drug informant. Ultimately, she was murdered in May 2008 which led to Rachel’s Law to protect drug informants and her family was paid $2.6 million dollars by The City of Tallahassee for the screw-ups of Tallahassee Police.

This Story has been talked about for years in America from 20/20 and The New York Times ran a story last year.

More recently, The City Of Tallahassee had police officers that used excessive and abusive force against a 120-pound lady that was severely beaten after being stopped for possible DUI. The thugs caused severe injuries, causing her  to need multiple operations, be emotionally distressed, and have other problems, along with trumped up charges for resisting arrest that have all been dismissed. The City is facing a major lawsuit and has been served with notice for damages of police abuse as shown in national news and You Tube recently.

Today, a minister is suing The Tallahassee Police Department, once again for police abuse in which these dumb asses got the wrong house, subjecting innocent citizens to guns, danger and assault on a minister. These stories are nothing new and the Tallahassee Police Department should be under a full federal review for color of law, conspiracy and pattern and practices of abuse.

Just reading the Tallahassee Police Department’s Wikipedia page alone shows a corrupt and problematic police department of Constitutional and civil rights violators that don’t protect and serve, but endanger and disregard, as thugs with badges…

Please see all of Tallahassee, Florida’s Corruption Stories At TallahasseeO.Com!