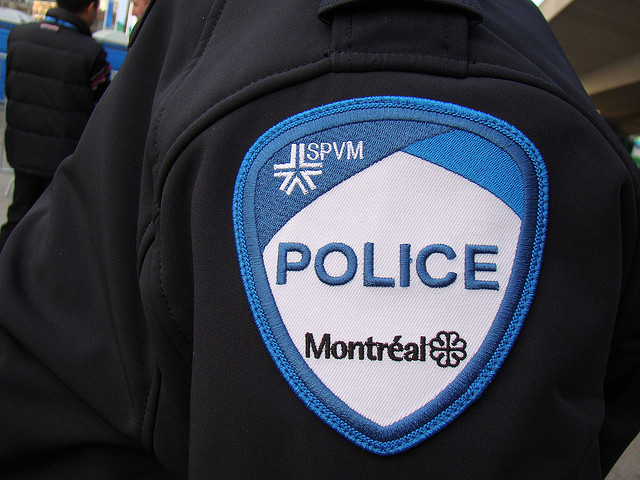 September 4th, 2013, I was supposed to meet up with an old friend who owed me money at a metro station at 10:30 PM. I arrived there, but he didn’t show up. I was about to leave when suddenly two 18 or 19 year old people came up to me and punched me in the face in an attempt to steal my stuff. I ran away and asked the woman working with the STM in the metro to call police; she did.

About twenty minutes later, police arrived, which already was so late putting into consideration the police station is 3 blocks away from the metro and this is downtown Montreal so units are everywhere. They arrived in one car. As I ran up to their car in panic explaining to them the story, I teared up a little. They were francophone and I’m anglophone, so communication was not that easy – speaking french when I’m in shock isn’t easy. They listened and stood there with me for fifteen minutes when the guys are still out there.

They finally had more units (up to seven cars) show up, but none of them were going out there looking for these guys. They kept criticizing my story, claiming it didn’t add up and that it sounded like I was not telling the truth, when I clearly indicated every single detail, even showing them Facebook message evidence of the organized meet-up proving to them my story was valid. After I debated for another ten minutes with them, they finally sent out only one car to view video evidence of the Tim Hortons where it happened.

They came back claiming there was video surveillance evidence. They asked me, “Would you like to press charges?” I answered, “Yes,” they then kept contradicting my story. They slowly started heading on their way, as I stood up for myself demanding a report to be made against these guys. They forced me into the car saying (in french, but I will translate), “Get in the car, get in, just get in the car and be quiet.” They drove me home without letting me write any complaint or report against the guys.

This post was shared anonymously via CopBlock.org‘s submit page.