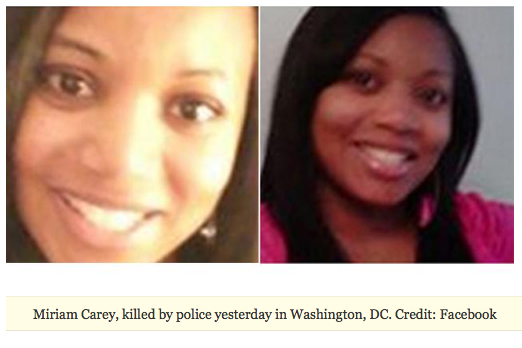 Once you realize just how much most mainstream (aka lamestream) media personnel act as lapdogs for those involved with the biggest criminal protection rackets in your town and in DC, the growth of the police state isn’t surprising.

Today, corporate media parrots what they’re told by criminals (as evident by the reference to such actors as “the authorities” or simply, “authorities”). That belies the bad idea of arbitrary authority – a stranger has authority simply due to a title or costume, something striking different than earned authority – someone you know and trust to be a good adjudicator, for example.

Corporate media fails to ask questions of those who have institutionalized the perpetration of predatory behavior, and often gives to them the last word in write-ups or video segments. That only further entrenches the Statist Quo.

The Revolution will be complete when the language is perfect.

The way an incident is framed – the language used, what’s communicated or omitted, etc. – has a significant impact on the way that incident is perceived. If your neighbor’s thoughts about events outside their own experience is framed solely by corporate media employees, chances are that your neighbor will default to not be too driven to curtail the police state. Maybe they see something happen from time to time that they disagree with, but the pattern isn’t seen, and the solution peddled – work within the system – is still granted faith.

But, thanks to people like Kelley Vlahos and Daniel McAdams, who operate outside the model of a top-down, monolithic message, alternative views are, at a rate unparalleled in history, being received, digested, and acted upon.

As Vlahos and McAdams do through their online outlets, we can each create ripples that together add up to a wave. When talking with a colleague about an incident that involved a police response, be sure to differentiate between “the police” and “Joe Smith, who happens to work as a police employee” as that will underscore the fact that it’s individuals and not institutions that are responsible for wrongs committed.

Once that fact is seen, once responsibility is placed as the foot of the actor and not the agency, then the pattern of systemic violence by those who wear badges will cease. Having had been in a number of “emergency” situations on Capitol Hill during my decade there, I feel safe saying I never felt so unsafe as when the pumped-up, tattooed, shorts-wearing, military assault rifle-toting Capitol Hill cops were trying to keep us safe.

So began Daniel McAdams at LewRockwell.com in his post They’ll Say the Cops Did a Great Job; They Always Do about the incident. As McAdams concluded:

Already the damage control is being laid on thick:

“The security perimeters worked,” D.C. Police Chief Cathy L. Lanier said Thursday evening. “They did exactly what they were supposed to do.”

Oh really? What did they do? How did they work?

UPDATE: They kind of worked — on the cop cars!

No one will ever second guess the real police state that the Capitol Hill Police has created. They are always “doing a great job.” As arrogant and self-important as the staffers were, they all loved being yelled at by big bullying cops. It made them feel in danger and thus important. They love that police state.

Kelley Valahous lambasted lamestream journalists for the subpar coverage of the same incident in Shooting: Shame on You New York Daily News

The New York Daily News should be ashamed, as well as any other news outfit that has jumped to conclusions in favor of the mentally-ill-woman-police-were-just-doing-their-jobs-and-by-the-way-they’re-heroes-we-live-in-a-scary-world storyline.

Meanwhile, eye-witness accounts and raw video tell a different story about “crazed woman” in the Infiniti sedan. It looks like she might have made a wrong turn down a cordoned street (of which there are many) around the White House (though to be entirely fair, the DC police chief says it was no “accident,” but has offered to details to that end). She was yelled at, according to witnesses, by a plain-clothed guard and others who banged on the hood of her car. She freaked, hit the guard and a makeshift barricade that was put in her way, then tried to turn around and flee. Shots were fired at her car and the chase ensued. It ended in a hail of bullets when Carey emerged from the car, outside the Hart Office Building on Capitol Hill (not far away), reportedly unarmed.

On the same prior to the shooting death of Carey discussed above, an unarmed person was shot by another DC area police employee [who is still unnamed]

Police say the suspect refused to obey commands and the officer shot him. From Free Press Publications The Doublespeak Dictionary Your Guide to the Euphemisms, Dysphemisms, and Other Linguistic Contrivances of the State by: Leslie Starr O’Hara

From Terrence McKenna The Language of Reality

From Alan Watts The Limits of Language