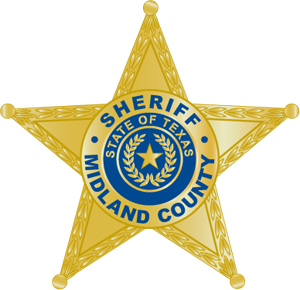 This post is at the urging of an admin on the CopBlock Facebook page in response to a message I sent Cop Block on Facebook. He said I should ask for a call flood to the Midland County Sheriff’s office in Midland Texas; the phone number is 432-688-4600.

On September 14th, as I drove into work, I was passed by a deputy on I-20 driving in excess of 120 mph with no emergency lights or siren. I was able to catch up and follow this deputy when he slowed down to exit off the interstate and then had to stop at a red light and wait for some light traffic to clear before he could proceed. This occurred at 1:30 am and the officer was just going to back up a state trooper, though the sheriff was already on scene to provide back up. This was just a routine traffic stop in which they had the occupants out of the vehicle and were searching for drugs is what it appeared to me as. Texas state law says that the only exemption for not using emergency lights is if the officer is responding to a crime in progress and the use of the equipment would cause the offender to flee before the officer could make a positive I.D. or it would cause evidence to be destroyed.

As a truck driver that hauls flammable liquids, I can only imagine the casualties that could be caused if a trucker relying only on their mirrors, in which it is hard to gauge just how fast a car is approaching at night, had pulled out into the left hand lane to pass another vehicle and the officer was unable to stop in time, running into the back of the truck and killing himself; or tried to make an evasive move swerving into the right lane and run into a vehicle or motorcyclist that might have been experiencing mechanical difficulties and in the process of pulling to the shoulder, causing the truck to change lanes. If the officer was using his lights, then no one would pull out in front of him in an attempt to pass someone else as common sense and the rules of the road tell you to pull over to the right and stop, which is why emergency lights are placed on these vehicles.

About 9 days later, on my way to work again and in the next town over, I saw a Midland County Sheriffs Deputy well within the city limits of Odessa, outside of his jurisdiction, with his lights on and out on a traffic stop with numerous state troopers. When I contacted the sheriff’s office about this, they said he was probably involved in a chase. I contacted D.P.S and they said their call logs showed none of their officers being involved in a chase. While talking to a Lieutenant Bear, he asked if I was the same person that had made a complaint about the deputy speeding and I said that was me. He then told me that he pulled the G.P.S records for that vehicle and that the officer never exceeded 90 mph during his entire shift. I asked if I could come down to the sheriff’s office and see that report and was told no. When I asked why, I was told it was because he didn’t have to show it to me. I told him the only reason someone wouldn’t voluntarily show a report like that is if they had something to hide and that the report did in fact prove what I claimed. I then got the “HOW DARE YOU CALL ME A LIAR, I AM AN OFFICER OF THE LAW!” speech and was told not to contact his office again unless it was through an attorney. Below are links about Texas law and the use of emergency lights and about the legal aspects of law enforcement driving. In the first link, if you go to 546.004. EXCEPTIONS TO SIGNAL REQUIREMENT section (C), you will find the part of the law I am referring to about the exemptions for using emergency lights which the speeding officer was not exempt.