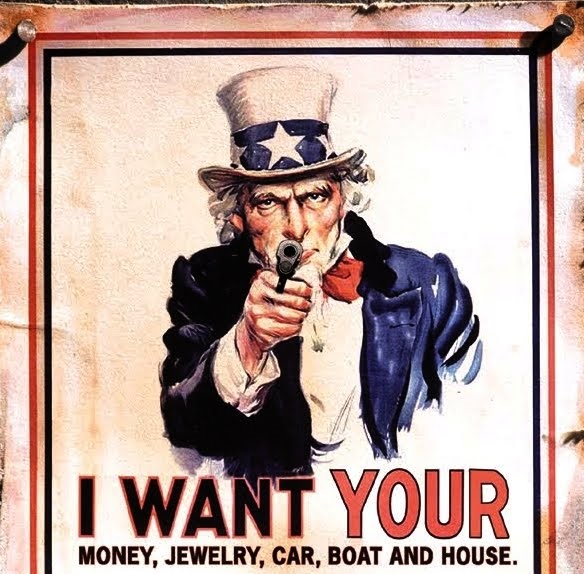 Howard’s office has repeatedly spent thousands on soirées, including a holiday awards gala in 2010 where “guests dined on $3,200 worth of sirloin tip beef roast, roasted turkey breast and mini-crab cakes with champagne sauce.” Other lowlights include spending $250 on tickets to see NBA player Dwight Howard and rap artist CeeLo Green, $800 to pay off eviction fees, $1,100 on flowers, $5,600 on a Christmas party, and $1,000 on alcoholic drinks for another holiday party. Howard has also paid over $16,000 in state and federal forfeiture funds on security for his own home.

According to guidelines published by the U.S. Department of Justice, agencies that participate in the federal equitable sharing program (like the Fulton County DA), must “avoid any appearance of extravagance, waste, or impropriety” when spending forfeiture funds. Looks like Howard didn’t get that memo.

Under equitable sharing, local and state law enforcement agencies can keep up to 80 percent of the property forfeited. That clearly provides a perverse incentive to pursue policing for profit instead of the fair administration of justice. Under civil forfeiture, people don’t even have to be charged with a crime to lose their homes, cars, or cash.

Furthermore, as the Atlanta Journal-Constitution notes, there is a disturbing lack of oversight:

“The Justice Department’s asset forfeiture program launched a compliance team in April 2011. By the end of that year, it had audited only 11 of the 9,200 participating state and local agencies, a U.S. Government Accountability Office report said.

The reviews found that only two of the 11 agencies were in full compliance. Others did not follow accounting and spending rules consistently, but committed no intentional violations, the GAO said.”

Incredibly, this isn’t the first time the Fulton County DA’s Office has misused forfeiture funds. That same office has also spent $1,600 on rib eye steak, over $2,400 on an office softball team, almost $4,500 on football tickets, and $20,000 on office parties and retreats, to name just a few perks. In fact, the Fulton County DA is already being examined by the Georgia Bureau of Investigation.

As for the property being seized in the Peach State, the median value was worth $647. Evidently, forfeiture mainly targets working-class Georgians, not drug kingpins. Plus, under state law, property owners have to prove their innocence. No wonder Georgia has some of the worst forfeiture laws in the nation.