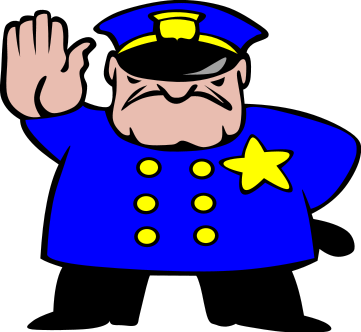 About a month back, my husband, three kids, brother and I were pulled over after leaving the YMCA. The officer came up to my car and immediately asked me to get out of the car. I proceeded to ask them why – “Am I under arrest?” etc. and he refused to tell me. He placed me in front of his car and then went over to talk to my husband. My husband asked what was going on and the cop yelled, “You need to just shut up and calm down!”

Another officer pulled up, then they came over to me and said, “Now we’re going to ask you these questions, but I already know the answer.” I said okay. He asked me if I had been to Super America (gas station) this evening and I said yes. He asked me what I bought and I told him. He asked me how I paid and I said cash. He said, “Well, we have you on camera using someone’s credit card and then getting into this car.”

I said, “Well, I used cash. I even have my receipt (which I always save because they have the point balance and savings on the bottom).” He said, “Well, we’re going to have to search your car.” I said three different times that I DO NOT CONSENT TO SEARCHES! (Not to mention I had my three kids, ages 3, 2, & 4 months in the car.) They put my husband in the back of one of their squad  cars and my daughter started crying. To sum up the rest of the story, after being on the side of the road for a half hour, they tore apart my car and REFUSED to let my husband or myself go by our kids; my daughter was so scared and crying so badly she peed her pants! Then, after finding NOTHING, and not even giving us a ticket, the took a bunch of pictures of me for a reason they refused to tell me. Then, they sent us on our way – but talk about horrible! I believe it was racial profiling, but whatever the reason, it was so wrong! These crooked cops should be held accountable for the B.S. they put INNOCENT people through!